Bryant sued the L.A. County’s sheriffs for taking photos of the site where her Los Angeles Lakers icon husband and their child died.

A California judge has denied a request from Los Angeles County to dismiss the lawsuit against its sheriff’s department for taking photos of the helicopter crash site where Los Angeles Lakers icon Kobe Bryant, his daughter, Gianna, and seven others were killed nearly two years ago.

Vanessa Bryant filed a lawsuit against the county in September 2020 after learning that photos taken at the Calabasas crash scene on Jan. 26, 2020 had been shared by staffers of the fire and sheriff’s departments in settings not relevant to the accident’s probe, including in a bar.

Bryant’s lawsuit alleges that employees “pulled out their personal cell phones and snapped photos of the dead children, parents and coaches. The deputies took these photos for their own personal gratification.”

As previously reported, in a November filing, lawyers for L.A. County filed a motion seeking a summary judgment to dismiss the lawsuit, per The Hill.

In the motion, attorneys for Los Angeles County wrote it was “undisputed that the complained-of photos have never been in the media, on the Internet, or otherwise publicly disseminated.” 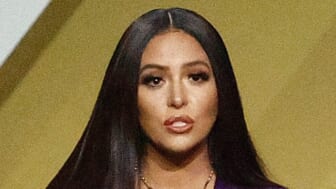 “As for the ‘resulting injury,’ the alleged harm is Plaintiff’s fear that photos might one day be publicly disseminated, possibly by County employees. Harm cannot be based on speculation and inferences,” the attorneys added.

“Plaintiff’s injury will arise if a photo is one day published, if it contains her family members and if it is traced back to one of the Deputy Defendants,” they contended. “Until then, non-existent speculative injury is not a basis for a negligence claim.”

However, according to CNN, U.S. District Court Judge John F. Walter ruled Wednesday that “there are genuine issues of material facts for trial.” 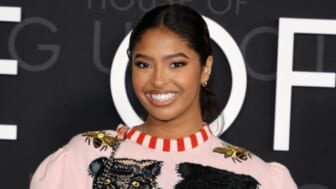 Skip Miller, an outside attorney for the county, said afterward in a statement, “We respectfully disagree with the court’s ruling.”

“The fact remains that the County did not cause Ms. Bryant’s loss,” he added, “and, as was promised on the day of the crash, none of the County’s accident site photos were ever publicly disseminated.”

Bryant’s attorney, Luis Li, told CNN, “We look forward to presenting the facts to a jury.”

Los Angeles County had previously filed a motion for Bryant to undergo an independent psychiatric exam to prove the widow suffered emotional distress due to the circulation of the photos. 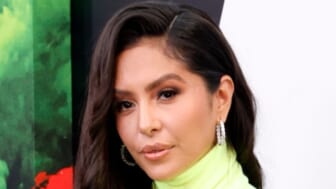 “Defendants’ position is that, while Plaintiffs have undoubtedly suffered severe distress and trauma from the crash and resulting loss of their loved ones, their distress was not caused by Defendants or any accident site photos that were never publicly disseminated,” the motion stated.

However, a judge in November denied that request, noting that any such evaluation would be “untimely,” per People. Bryant’s lawyers said then that officials should find a manner “less intrusive” to determine emotional injury.

“It does not take an expert — and it certainly does not take an involuntary eight-hour psychiatric examination — for a jury to assess the nature and extent of the emotional distress caused by Defendants’ misconduct,” they told CNN, the magazine reported.

The trial could begin as soon as next month.