The iconic 2000s comedy Bring It On has brought cheer to its cult fanbase for over a decade, largely thanks to Gabrielle Union’s breakout performance as Isis — a character whose lack of screen time in the initial edit dissatisfied test audiences, the actress revealed Saturday.

Union explained to fans via TikTok that test audiences shown the film’s early cut wanted more of the Clovers, and she was called back to film additional scenes with her co-stars on the fictional cheer team, played by R&B girl group Blaque members Shamari Fears DeVoe, Brandi Williams, and Natina Reed.

“Story time,” Union said in the video, which included select clips from the movie. “So we shot these snippets that you see here after the movie wrapped because once test audiences saw the movie, they wanted more of the Clovers.”

“We shot these only for the trailer, not for the movie to make people think we were in the movie more than we were. The end,” she concluded. 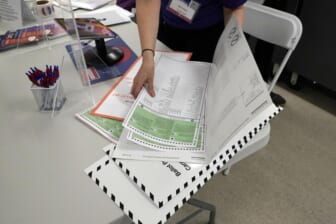 Despite the film’s lasting success, Union revealed in her new memoir, You Got Anything Stronger?, that she feels the way she portrayed the Bring It On character was a “mistake.”

Per an excerpt obtained by The Cut, Union wrote in the memoir that she “failed” the character, as she had full control of the characterization.

“I am here to apologize to you. When I said today that you didn’t go far enough, that was on me. I failed you and myself. I was the fourth lead, but my face was on the poster. You were the girl with no last name, but the star of every meme. You were only in about a third of the movie, and now I would know to fight for equal time to tell your story. Your iconic moments with the Clovers are what people remember, though I know it’s partly that we are bits of Black resistance dropped in the middle of the milk,” she wrote.

She continued, “I wish I had just given you the space to be a Black girl who is exceptional without making any kind of compromise. Because that’s who I want to be now. That’s what I am chasing, so much later in life than you: to be exceptional by my own standards. Unapologetically me.”

In a 2021 interview on Good Morning America promoting her book, Union opened up even further about her letter to Isis.

“I was given full range to do whatever I wanted with Isis in Bring It On, and I chose respectability and to be classy and take the high road, because I felt like that would make her be appropriate — the right kind of Black girl,” she explained.

“Black girls aren’t allowed to be angry. Certainly not demonstratively angry, and I muzzled her,” she continued. “I would have allowed her full humanity, and part of being a full human is the ability to express rage when harmed. When you don’t really allow yourself your full range of emotion and you muzzle your own emotions, it allows people to think, ‘Maybe what I did wasn’t that bad.’ I would have given her all the anger.”