Sanders' new duties will include hosting 'The Choice' on NBC's Peacock streaming platform and hosting MSNBC on weekends.

Democratic political strategist Symone Sanders will be joining the cast of pundits at MSNBC in the next few months. 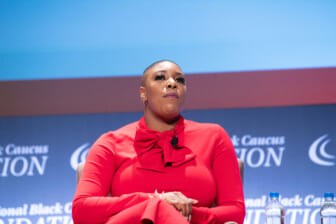 MSNBC President Rashida Jones announced on Monday that Sanders has been chosen to host new cable and streaming programs for the network beginning sometime during the spring.

The 32-year-old Washington, D.C. insider recently stepped down from her role as senior adviser and chief spokesperson for Vice President Kamala Harris.

Sanders’ new duties will include hosting The Choice on NBC’s Peacock streaming platform and hosting MSNBC on weekends based out of the network’s studios in Washington D.C., according to the network.

Per the statement, Sanders’ program “will explore issues at the intersection of politics, culture and race” and analyze the impact of decisions made on Capitol Hill on electorates, industries, and communities nationwide.

NBCUniversal was one of the major media companies that put a larger focus on its streaming platform last year, beefing up its staff with hundreds of new roles while launching NBC News NOW and TODAY All Day.

“I am excited to join @MSNBC and @TheChoice!” she tweeted. “I look forward to working with some of the most talented and amazing people in news. There is a lot to learn, but I’m ready to get to work!”

Sanders started making waves in Washington D.C. while serving as a press secretary on Bernie Sanders‘ 2016 presidential campaign. She later served as a senior advisor on Joe Biden‘s 2020 campaign team, famously defending the former Delaware U.S. Senator against criticism over his support of the infamous 1994 crime bill. 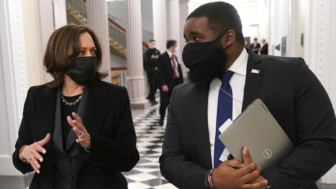 Sanders’ friend and fellow pundit Bakari Sellers said she was “stung” when Biden didn’t choose her to serve as his White House press secretary, a role that went to Jen Psaki.

Sanders “will bring her unique perspectives, midwestern sensibilities and lived experiences,” to the network’s viewers while providing an “insider’s take on Washington and the inner-workings of American politics,” MSNBC added.

The network said it ended 2021 as the #1 cable network among Black American viewers and the #2 network across all of cable.