The former president asks the country to work to advance the ideals of John Lewis.

Barack Obama is openly supporting his former vice-president, President Joe Biden, when it comes to voting rights. He recently released an op-ed, his first since leaving the White House in 2017, that offered his take on the recent controversy on the continued attempts to disenfranchise Black and brown voters.

Biden said in a speech recently that he’s open to changing Senate filibuster rules to advance voting rights legislation that has stalled, per a CNN report. Both the John Lewis Voting Rights Advancement Act and the Freedom to Vote Act have yet to be passed, despite support from congresspeople and voting rights activists.

Democrats don’t have the votes to pass either bill unless current filibuster rules are changed to allow for less than 60 votes to end debate on legislation. 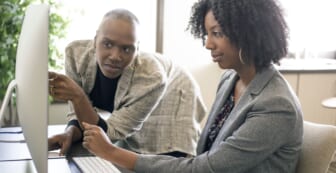 Obama’s op-ed, published in USA Today Wednesday, referenced 400 bills in 49 states that have been introduced to try to limit voting rights for young people, people of color, and those with low incomes. He stressed that gerrymandering continues to be an issue as it has been for years.

“When I spoke at John Lewis’ service two years ago, I emphasized a truth John knew better than just about anyone,” Obama wrote. “Our democracy isn’t a given. It isn’t self-executing. We, as citizens, have to nurture and tend it. We have to work at it. And in that task, we have to vigilantly preserve and protect our most basic tool of self-government, which is the right to vote.”

Obama and his wife Michelle have been proponents of voting rights before and since their eight years in the White House via the Obama Foundation. Michelle Obama’s voting rights initiative When We All Vote, also posted a letter in the New York Times on Jan. 9, committing to a series of goals to help increase voting in the 2022 midterm elections.

Those goals include registering a million new voters and getting 100,000 Americans to call their senators to convince them to pass the John Lewis and Freedom to Vote Acts.

In his op-ed, Obama explained that the filibuster is a procedure that allows 41 Senators to block a vote on a bill. The one-time professor of constitutional law says that it has no basis in the Constitution and was used primarily by senators in the South to keep Jim Crow laws on the books and to block civil rights legislation. He believes a rule change would help advance not just voting rights but democracy overall.

“For generations, Americans of every political stripe have taken pride in our status as the world’s oldest continuous democracy,” Obama wrote. “We have spilled precious blood and spent countless treasure in defense of democracy and freedom abroad.”

“But as we learned during the Jim Crow era, our role as democracy’s defender isn’t credible when we violate the rights and freedoms of our own citizens. And at a time when democracy is under attack on every continent, we can’t hope to set an example for the world when one of our two major parties seems intent on chipping away at the foundation of our own democracy.”