Lisa Bonet and Jason Momoa split: All hope is lost for the rest of us

OPINION: If the world's favorite granola couple couldn't go the distance, what hope is there for us?

Ephemeral relationships are as synonymous with Hollywood as plastic surgery: We’re inured to celebrities breaking up often and publicly. I suppose there’s something about fame, wealth, beauty, and desirability that doesn’t play well with going the distance in traditional, monogamous unions.

In many cases, we can tell from the very outset of a relationship that it’s doomed by the degree of ridiculousness involved. For example, Machine Gun Kelly and Megan Fox commiserating their engagement by drinking each other’s blood…if that partnership survives a second Joe Biden presidential term, I’ll eat this computer. 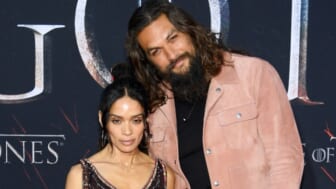 But folks are having a rather visceral reaction to the split of Lisa Bonet and Jason Momoa, who have called it quits after nearly five years of legal marriage and a partnership that lasted the better part of two decades and produced two children.

“We share this not because it’s newsworthy,” Momoa wrote on Instagram. C’mon, Jason…you knew this would be newsworthy, bro. With much of the country stuck in the crib reliving the earliest days of the pandemic thanks to the ‘Cron, the split of Denise and Aquaman is just the type of tea that would capture everyone’s attention during a slow news cycle.

Sure, folks are sad because we just got used to them being together after so long. But I think it runs a bit deeper than that…it was the nature of their union that makes many of us feel a sense of hopelessness—if they can’t work it out, what chance do the rest of us have?

There was nothing flashy or pretentious about Bonet and Momoa’s union. It existed in diametric opposition to your average Real Housewives couple, where the warts and all are on display for everyone to see. They were the pearl wedding bands among the 10-carat diamonds of Hollywood unions.

They weren’t plagued with interminable tabloid-ready scandal (see: any Kardashian and the professional athlete cheating on them at any given moment). They weren’t full of obnoxious, effusive teenybopper passion that almost always devolves into high drama (see: Kelly and Fox, eventually). They weren’t public about their marital drama in a fashion that’s ostensibly designed to “help” other couples (see: Jada Pinkett-Smith, Will Smith and their Red Table Talk overshares).

Nah…Momoa and Bonet were grownups about their union. The public really only ever experienced the positives, like when Momoa surprised Bonet with the restoration of her first car.

Sure, it was weird when Momoa admitted that he actually had a crush on Bonet as a child and didn’t admit it to her until much later. But their own internal weirdness was part of their appeal—it made us wonder about all the stuff they had going on behind closed doors that we couldn’t actually witness.

There was also the Lenny Kravitz angle: The couple actually did the “homies with the ex” thing with aplomb. It was refreshing to see that Momoa and Kravitz, Bonet’s ex-husband and father to their child Zoe Kravitz, are actually friends and seemingly free of the ex/baby mama/daddy-hating energy that jaundices so many partnerships for no good damn reason.

Their partnership also made Bonet, 54, an icon for older ladies capable of pulling a younger, extremely desirable dude (Momoa is 12 years younger). On that note, I think a lot of women are at once disappointed at the dissolution and happy that Momoa is potentially back on the market. Because a shot at a Sorta Rican man-god is enough to get a lot of folks out of bed in the morning.

Sure, there’s inherent sadness that comes with the end of any partnership we held in high regard. But it’s imperative that we don’t view the dissolution of Bonet and Momoa’s marriage as a “failure”—something we’re predisposed to do because we view marriage through an antediluvian lens. 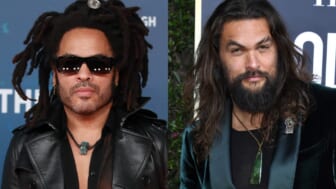 Marriage as a lifetime goal is a touch antiquated; we should, at once, strive to put in the necessary work to keep connubial bliss alive and be OK with bowing out if things run their course. If these two spent the last 17 or so years loving each other with their whole chests and agree to co-parent with grace and compassion as they enter the next phase in their lives, I don’t think anyone can reasonably consider their marriage a “failure.”

Just the same, if Denzel and Pauletta Washington or Angela Bassett and Courtney B. Vance ever break up, I’m just gonna hang it up and join a monastery.

Dustin J. Seibert is a native Detroiter living in Chicago. Miraculously, people have paid him to be aggressively light-skinned via a computer keyboard for nearly two decades. He loves his own mama slightly more than he loves music and exercises every day only so his French fry intake doesn’t catch up to him