All hail Lisa Bonet. The actress is getting her flowers on social media after her ex-husband Lenny Kravitz wished her now-husband Jason Momoa a happy birthday on Twitter. 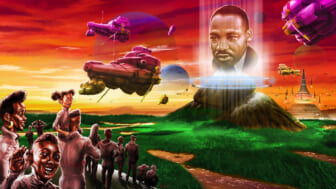 Kravitz and Momoa have enjoyed an uncharacteristically close relationship in the years Momoa has been married to Bonet who shares her oldest daughter, the actress Zoë Kravitz, with Lenny.

Kravitz’s annual birthday post directed Momoa’s way is usually accompanied by a black and white photo of the two. This year, Kravitz again shared the same picture, writing that Momoa is his “brother.”

Kravitz wrote in a post on social media, “Happy Birthday, Jason. I’m proud to call you my brother. One love. One family,” while giving photo credit to Mark Seliger. The post took off immediately, gaining over 6,000 retweets on Twitter and over 500,000 likes on Instagram.

After the post, Bonet began trending on Twitter on Sunday, with fans writing about how impressed they are with Kravitz and Momoa’s relationship.

Calling her a “legend”, one user wrote, “Lisa Bonet really got THOSE two men in a real friendship with each other and I just feel like there should be carvings in caves about her to preserve the legend.”

Another user wrote, “I like how Lisa Bonet’s sexy ex-husband Lenny Kravitz and her current sexy husband Jason Momoa are good friends. All of them are just one big happy attractive family.” 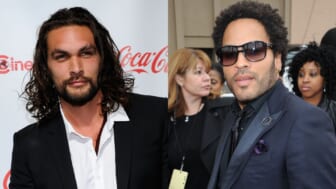 Even actress Holly Robinson Peete seemed to celebrate the bromance.

She wrote in a tweet, “Listennnn…This bro love is some evolved blended family goals! Love that twitter is giving Lisa Bonet her (flower emojis) #lennykravitz #JasonMomoa.”

Bonet and Kravitz were married from 1987 to 1993, welcoming Zoë in 1988. Bonet began dating Momoa in 2005 before marrying the actor in 2017. They share two children together, Lola Iolani Momoa, 14, and Nakoa-Wolf Manakauapo Namakaeha Momoa, 12.

As TheGrio previously reported, Kravitz covered Men’s Health in October, opening up about his close bond with Momoa. He told the outlet at the time, “People can’t believe how tight Jason and I are, or how tight I still am with Zoë’s mom, how we all relate. 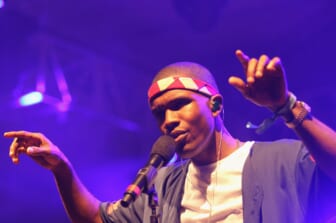 We just do it because that’s what you do. You let love rule, right? I mean, obviously, after a breakup, it’s work—it takes some work and time, healing and reflection, et cetera. But as far as Jason and I? Literally the moment we met, we were like, ‘Oh, yeah. I love this dude.’”