On Thursday, Sinema denied President Joe Biden’s request to end the filibuster in the state that requires support from 60 out of 100 senators to pass most legislation.

The Democratic senator claims that the filibuster forces bipartisan cooperation and prevents Republicans from repealing and replacing laws whenever they rise to power.

“When one party need only negotiate with itself, policy will inextricably be pushed from the middle towards the extremes,” said Sinema, adding that removing the filibuster would not guarantee “that we prevent demagogues from being elected.”

However, King and many other democratic leaders say that her stance is blocking progressive legislation from happening.

Arizona is one of 19 states that passed restrictive voting laws that prevent things like voters getting water while waiting on long lines and stricter ballot signatures requirements. 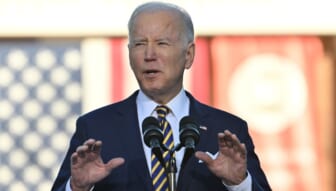 In a speech on Tuesday, Biden attacked Republicans for passing restrictive voting laws in certain states, and compared opposition to voting rights with opposing civil rights bill in the Jim Crow era.

“History will remember Sen. Sinema, I believe unkindly, for her position on the filibuster,” King agreed, according to MSNBC, ahead of the rally at Eastlake Park.

The family was joined by hundreds of local activists and leaders at the park, which was a safe haven for African Americans not welcomed in other parts of the city during segregation.

King and his family are continuing their campaign for voting rights in Washington D.C., leading another march on Monday, the day that MLK Day is observed.

The demonstrators are demanding that the Senate pass the Freedom to Vote Act, a comprehensive voting rights plan that would protect against voter suppression, partisan sabotage and gerrymandering. 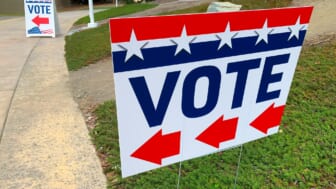 The bill outlines early voting, mail-in voting, election holiday and voter validation measures that would make voting more accessible for vulnerable groups like people of color and the working class.

“We’re directly calling on Congress not to pay lip service to my father’s ideals without doing the very thing that would protect his legacy: pass voting rights legislation,” said King in a statement to The Washington Post. King is calling for “no celebration” on Monday if Congress doesn’t pass the act.

The demonstration on MLK Day will begin with a march across the Frederick Douglass Memorial Bridge in D.C., before the annual Martin Luther King Jr. Memorial Peace Walk through the city.