Advocates and landlords don’t expect a flood of evictions right away, as the state’s Emergency Rental Assistance Program still provides some eviction protection

New York tenants and homeowners lost some protection from eviction and foreclosure Saturday as the state ended a nearly 2-year-old moratorium aimed at keeping New Yorkers from losing their homes during the coronavirus pandemic.

Advocates and landlords don’t expect a flood of evictions right away, as the state’s Emergency Rental Assistance Program still provides some eviction protection.

Still, Joe Loonan, housing campaigns coordinator for advocacy group VOCAL-NY, warned that the state is setting the ground for a homelessness crisis over the next year.

“I think we’ll see in a year that the shelter system has grown exponentially because so many people will have entered after the eviction moratorium, and people will be staying in the system much longer than they have before,” he said.

Landlords, however, said it was time to end the eviction ban, arguing that tenants could raise financial hardship claims in court. The state should keep pushing for federal aid for renters, said Joseph Strasburg, president of the Rent Stabilization Association, which represents New York City landlords. 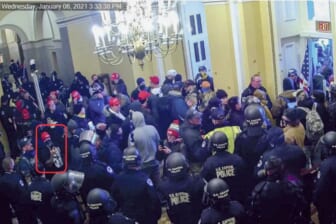 The moratorium had paused most evictions until Jan. 15, except in cases in which landlords claimed tenants were damaging property or becoming a safety hazard. It covered hundreds of thousands of homeowners and commercial and residential tenants, who still have some protections from eviction and foreclosure.

The state initially stopped accepting rental assistance applications Nov. 15, but a judge ordered officials last week to reopen the application portal for now, while the court considers a lawsuit filed by tenants and the Legal Aid Society.

The portal reopened this week, though the state says the federal money that powered the program has run dry for most counties.

However, applicants get protection from eviction while the state reviews their submissions. And if they get relief money and landlords refuse to accept it, tenants can use that as a legal defense if their landlords try to evict them for not paying rent.

New York City resident Helen Morley said she’s still awaiting an answer on an appeal she filed in September after her application was denied. Morley, who said she spent down her savings to pay as much rent as she could, applied in mid-June, seeking $9,100.

“The appeal process is very opaque,” she said. “There’s no way to see why anybody’s been making the decision they’re making and what’s going on or the standard process for it.”

She’s hoping the state will assign her a caseworker to help as she fears a potential eviction.

Anthony Farmer, a spokesperson for the state office of Temporary and Disability Assistance, said the state has received more than 12,000 appeals from applicants whose rental assistance applications were denied.

“They are under review, and we expect decisions will begin being issued in the coming weeks,” Farmer said. 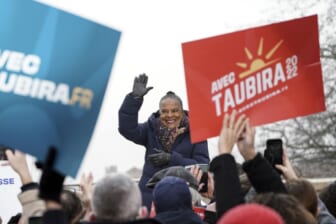 Gov. Kathy Hochul, a Democrat, has proposed building 100,000 new affordable housing units in years to come. She also has pitched a free legal assistance program for tenants outside New York City to fight evictions; the city already has such a program.

But Loonan said that neither effort can happen quickly enough to help thousands of tenants statewide.

Tenant advocates want the state to pass what’s known as the Good Cause Eviction bill, which would allow evictions only for certain reasons. They include failing to pay rent or using the premises for illegal purposes, but the proposal says a rent increase can’t be a basis for eviction.

Strasburg said the legislation would essentially make leases into one-sided agreements with tenants having all the power.