LisaRaye says ‘Player’s Club’ gave her an identity crisis: ‘That stigma follows you’

"I felt like I had to have the long hair and look like my character," LisaRaye said.

Actress LisaRaye McCoy said that she suffered from an “identity crisis” after playing the stripper Diamond in the 1998 film The Players Club.

“I had an identity crisis after ‘Players Club’ because I felt like I had to have the long hair and look like my character, ‘Diamond,’ in order to be recognized,” McCoy told Page Six.

“‘Players Club’ put me on the map… it made me a bona fide sex symbol, and when you are a sex symbol people think that you’re sexy all the time, and that stigma follows you,” she added. “So I am forever Diamond.”

Written and directed by Ice Cube, The Players Club was made with a budget of $5 million, and it brought in over $23 million in theaters when it opened on April 8, 1998. At the time of the opening, Al Shapiro, then-president of distribution at New Line Cinema, said that it was Ice Cube’s popularity as a rapper and actor that made the film a draw.

“His fans know him and they’re the ones coming out to see it,” Shapiro said. “Cube has a distinct style and it makes the picture really interesting.” 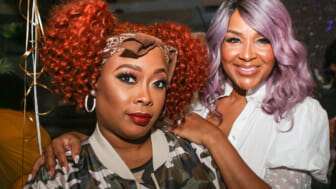 “He was so professional. I didn’t even see the rapper then. I saw the father, the businessman, the director. He was gracious enough to set up multiple cameras and I did the strip scene maybe twice. So he allowed me to what I needed for a green new actress,” said McCoy of Ice Cube.

The Players Club starred McCoy in her major film debut as a dancer reminiscing on her time at the now burned-down Players Club.

According to theGrio’s Biba Adams, “The Players Club, like most Black, urban movies set in the 90s, it has a loyal following in our community. The sexual assaults and misogyny highlight the seediest side of strip club life, and in 1998, the film was stigmatized. The film offers some redeeming moments like Diamond’s successful graduation from Southern Tech, and her new relationship with Blue-the club’s ambitious good guy DJ played by Jamie Foxx.”

“They gave me a trainer for a good six weeks so that helped me feel more confident about my body. So when it was time to do a striptease, Ice Cube was so great, and [was] there for me as a new actress,” said McCoy.

“I did not know what sexy was at the time… I think it was best for me not to really know, because I probably would’ve tried to play it up in my role and messed it up,” she added. 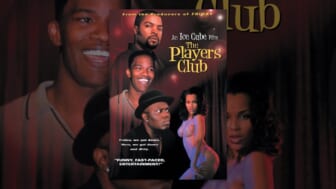 Also Read:
‘The Players Club’ is on Netflix and it’s the best, bad movie we need right now

You can catch McCoy currently starring in Season 4 of A House Divided on AMC Network’s ALLBLK.