Your next favorite comedy series is coming to Peacock. Bust Down, created by and starring Langston Kerman, Jak Knight, Sam Jay and Chris Redd, has officially dropped an exciting first trailer.

The upcoming series is inspired by the real-life chemistry and friendship between Kerman, Knight, Jay and Redd. The plot follows “four casino employees living dead-end lives with dead-end jobs in middle America, and the massive mess they manage to make out of it.”

Peacock’s first trailer has officially dropped, which gives fans an exclusive look at this cast in action. 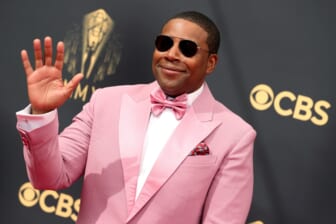 The trailer shows images of Black artists, dancers, and musicians over inspirational music. Interspersed throughout the images are phrases like “Black Excellence,” “Black Beauty,” and “Black Power,” before suddenly cutting out all music and imagery with the phrase, “This Ain’t It.”

Then, the trailer joins the leads who are goofing around with each other while digging a hole.

In a statement along with the announcement of the series, the cast broke down the hilarious trailer, stating, “We wanted the ‘Bust Down’ trailer to reflect the absurdity of the show. This isn’t about warming hearts or giving voice to the voiceless. Our show is about finding comedy in the unimportant. Each episode these four characters escape societal pressures to strive and excel by digging themselves further into a metaphorical hole, which led us to this concept.” 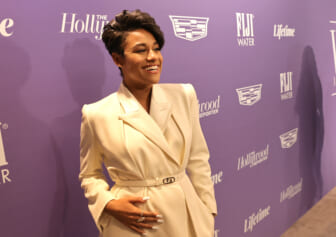 They continued to speak to the inspiration for the series in a statement, stating, “Bust Down’ is rooted in our friendship. Every character is a hyperbolic version of how we see each other, and every story is inspired by the bad choices we each naturally make out in the world. There aren’t a lot of straight comedies right now where people truly go for jokes that are raunchy, irreverent, and complicated, and at its core that’s what ‘Bust Down’ is all about.”

“We believe true equality is being able to make a show about nonsense the same way white people have been doing forever. We just wanted to make something so fucking hilarious that it makes people laugh so much that they miss jokes and then have to circle back to watch again.”

Bust Down will premiere on Peacock on March 10, 2022, and will consist of six episodes. Richie Keen serves as director, and executive producers on the project include Lorne Michaels, Sam Jay, Langston Kerman, Jak Knight, Chris Redd, Hilary Marx, Andrew Singer and Keen.