Kryst is alleged to have died by suicide on Sunday, the New York Post reported. She was reportedly alone in her ninth-floor unit in the 60-story Orion building at approximately 7:15 a.m. when she lept to her death, found later in the streets below, sources told The Post. 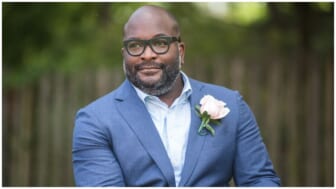 “In devastation and great sorrow, we share the passing of our beloved Cheslie,” Kryst’s family in a statement Sunday to The Hollywood Reporter. “Her great light was one that inspired others around the world with her beauty and strength. She cared, she loved, she laughed and she shined.”

“Cheslie embodied love and served others, whether through her work as an attorney fighting for social justice, as Miss USA and as a host on EXTRA,” her family added. “But most importantly as a daughter, sister, friend, mentor and colleague — we know her impact will live on.”

The former pageant queen, who also reported news for ExtraTV, posted on ​her Instagram page not long before her death: “May this day bring you rest and peace.”

“Our hearts are broken,” ExtraTV representatives said in a statement. “Cheslie was not just a vital part of our show. She was a beloved part of our Extra family and touched the entire staff. Our deepest condolences to all her family and friends.”

Kryst, a Charlotte, NC native, has both a law degree and an MBA from Wake Forest and worked as a litigation attorney doing pro bono work to help free prisoners who have been wrongly accused of crimes. She also runs a fashion blog called White Collar Glam in her spare time.

theGrio’s Natasha Alford sat down with Kryst in 2019 to discuss her pageant victory as well as racial identity, natural hair, and gaining confidence in yourself.

Born to an African-American mother (and a former Mrs. North Carolina pageant winner) and a Polish father, Kryst told theGrio she identifies as Black but struggled during childhood to understand her racial identity.

“I call myself a Black woman. That’s how I identify,” Kryst said. “When I was younger, there were no identity boxes for mixed-race people.”

“My siblings, who are also mixed race, I remember us all talking like you know, are we sandy? Are we tan? At one point in time, somebody told my sister…you can’t be mixed. You have to be Black or white,” she added.

“We all talk to each other and figured out our own way and how we should really identify. I think that I had to grow into that and figure out how I identify and what mattered most to me.”

Kryst said she was proud to join the lineage of Black Miss USA winners who inspired her including Carol Anne-Marie Gist and Ashley Love-Mills, adding that she hopes to provide similar inspiration for other young girls.

“It’s really exciting to know that those same people who I looked up to, now I can be in that group for other women,” Kryst said.

If you or a loved one are having suicidal thoughts or are experiencing a mental health crisis, you can dial the 24/7 National Suicide Prevention hotline at 1-800-273-8255 or go to SuicidePreventionLifeline.org.