6 things for kids to watch for Black History Month

'Raising Dion' returns to Netflix with a second season and Sensical, a free streaming service for children, is jam-packed with content perfect for Black History Month

From educational history specials to heartwarming animated series, theGrio has you covered with plenty of things to watch with the entire family this Black History Month. 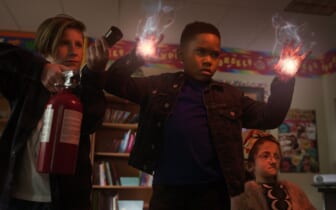 In case you missed it this fall, Black History Month is the perfect time to dive into Karma’s World, one of Netflix’s newest children’s television shows. Created by Ludacris (Chris Bridges), Karma’s World introduces viewers to Karma Grant, an aspiring musician and rapper with a big heart. With rapping, Karma channels her hopes of changing the world with her music, providing an inspirational story for children of all ages to take in.

The first season of Karma’s World is available to stream now on Netflix.

Sensical, a free streaming service for children ages two to 10, is highlighting Black History Month this year in a huge way. The service has various programs to not only entertain but educate children and theGrio is shouting out their Kids Black History series, which is streaming now. The show is, “a live action, scripted, factual, historical, entertainment show for kids which teaches Black and African history to children in a fun, exciting, engaging way.”

Kids Black History is available to stream now on Sensical. 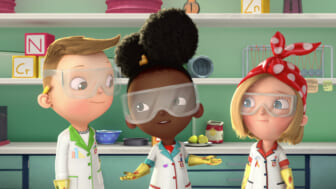 Based on the popular book series of the same name, Ada Twist Scientist is one of Netflix’s popular children’s series about Ada Twist, an eight-year-old scientist. With “a giant-sized curiosity,” Ada, along with her friends Rosie and Iggy, spend the episodes solving various mysteries for her friends and family. The first two seasons are available to stream now on Netflix.

Check out the season 2 trailer below:

Rise Up, Sing Out (Disney+)

Get the entire family singing together with Rise Up, Sing Out on Disney+. From Ahmir “Questlove” Thompson and Tariq “Black Thought” Trotter of The Roots, this animated series is comprised of music-based shorts geared towards children, parents, and more. Per the official description, the show is “designed to be inspiring, empowering and optimistic about race, culture, community and celebrating differences.”

The series airs on Disney+.

The Proud Family is back! As theGrio recently reported, the popular Disney Channel series is returning to Disney+, reuniting viewers with Kyla Pratt‘s Penny Proud, Sugar Mama, and the rest of the gang. Navigating the 2020s with “hilarity and heart,” the show will also feature some star-studded supporting voices including Keke Palmer, Lizzo, Tiffany Haddish, and more.

The Proud Family: Louder and Prouder debuts Feb. 23 on Disney+.

Another Netflix hit is Raising Dion, which just dropped its second season on the streamer. Perfect for any family member with the superhero bug, the series follows Dion (Ja’Siah Young) who quickly discovers he has developed superpowers. Alisha Wainwright stars as Dion’s mother, Nicole Reese, who is raising Dion all on her own following the death of her husband Mark (Michael B. Jordan).

As Dion grows within his power, viewers get to witness him take on villains like the Crooked Man and grow closer to his friends along the way.

The first two seasons of Raising Dion are available to stream now on Netflix.