TheGrio Test: How to tell when Black characters matter in movies

OPINION: Tired of seeing the Magical Negro trope? Don't want to watch Black bodies being brutalized? TheGrio Test, much like the Bechdel Test for women, seeks to let Black filmgoers know what movies they can trust. 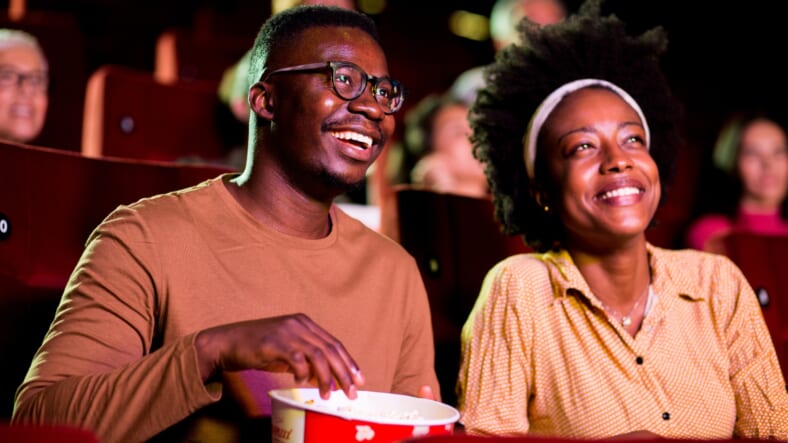 The whole hubbub around the Oscars always reminds me of the power of cinema and its ability to shape how we feel. Sometimes you go to the movies and feel uplifted by the images and the representations. Sometimes you feel beat down and triggered. I don’t go to the movies to feel attacked or brutalized—I know those things happen to Black people in real life. I’ve seen hundreds of videos of it. I don’t want to go to the movies to be reminded yet again. It’s not that I need cinema that’s G-rated; it’s that I need Black characters who matter. I need to see Black bodies be treated with respect and not be put into the same old positions we’ve seen a million times. 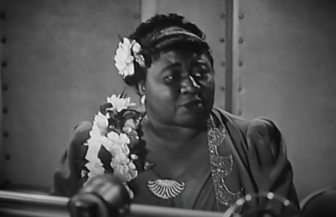 Movies that white people love can look very different to the Black gaze. Black filmgoers need a way to know what they’re about to see before they get to the theater. We need a way to avoid the nonsense. Nowadays, more than ever, we must protect our peace—if I see one more film with a Magical Negro character who’s there only to help the white lead find wisdom, I’m gonna lose my mind. If I see one more Black body beaten down by a police officer, I’m going to need more meds. We need some sort of Black seal of approval to let each other know what we’re getting into. A sort of Black test. A Grio Test.

Movies have a special burden. A film, unlike a TV show—the scope, length and breadth of the story and the quality of the cinematography, generally pulls you in so that you aren’t just watching it, you’re experiencing it almost as if it’s happening to you. Movies that show me terrible things happening to Black people can sometimes feel like those things are happening to me. I need films that liberate me from all of that. TheGrio Test seeks to let you know what films you can trust.

I’ve always loved the Bechdel Test (or Bechdel-Wallace Test), which was invented by the white feminist cartoonist Alison Bechdel that posed three questions to determine if she wanted to see a movie: 1) Does it have at least two significant female characters? 2) Do they talk to each other? 3) Do they talk about something other than a man? This establishes whether the female characters will be appendages helping tell men’s stories or if they’ll be something more than that. If the movie doesn’t tick all three boxes, it doesn’t provide sufficient validation of women as real people.

Consider this a first draft at constructing theGrio Test, which will let you know if a movie is safe for your Black psyche. This is a work in progress, so feel free to tweet at me and suggest other criteria, and I’ll tinker with it as we go along to build a standard that lets people know these are movies where our lives matter.

1. The major Black characters are not simply vehicles for white people to learn important lessons. When we see Magical Negro characters, i.e., Blacks who are in the script solely to help the white lead get where he or she wants to go, that reduces us to valets for white leads. That’s white centrism in action. The Green Book, The Legend of Bagger Vance and The Help are examples of films where Black people are there to shepherd white people through their journey. It leaves me empty to see Black characters who are only there to take care of white folks and lack their own sense of agency. 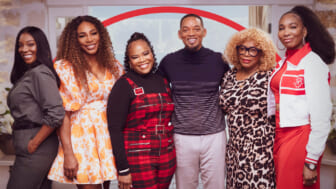 Also Read:
‘Worst two hours of my life’: Will Smith on seeking approval from Venus and Serena Williams for ‘King Richard’

3. If Black history is critical to the storyline, the story should be told through Black eyes. I hate films that refract Black history through the white gaze—The Help and Mississippi Burning are two egregious examples. They give us stories of Black history through the point of view of a white character. That may be a business decision—the producers said, how do we talk about Black history without alienating white ticket buyers? I know! Let’s tell the story through the eyes of a white character! Yeah, well, that totally ruins the story for me right away. I don’t need white saviors saving us from white oppression. I hated The Help so much—it was told through Emma Stone’s character’s eyes. And I never need to see another film where we’re maids or butlers or in some kind of subservient role. I’m good with that forever. That said…

4. All Black characters should be free. I don’t want to see another slavery film unless the enslaved people are revolting, like right away in the first scene. Harriet, about the life of Harriet Tubman, was about escape and revolt—the montage of her bringing newly freed person after person into Philadelphia was so powerful I almost cried—but I had to sit through several triggering slavery scenes to get there. I wish I hadn’t watched Janelle Monae’s Antebellum even once—it starts with 45 minutes of painful-to-watch slavery scenes. And I told Steve McQueen when I interviewed him that 12 Years A Slave was an extraordinary film that I will never watch again. It was way too hard to experience. He said he understood.

If you’ve seen a little Black slavery trauma, you’ve seen enough. I’m not saying turn away from learning about what happened. Go to first-person sources: the written narratives about slavery, the books telling the accurate history. When I go to the movies, I don’t want to be trapped inside a traumatizing rehashing of slavery. When you’re in a dark theater, the mind struggles to dissociate what it sees from reality, and movies about slavery are too good at making you feel it. I don’t ever want to go there again.

A film about slavery that I love is Django Unchained in part because the main character is freed in the first scene, and he spends the overwhelming majority of the movie as a free man planning on how to save a Black woman and get revenge on various white people. Django has destroyed the colonized mind, and he constantly shocks white people who expect to see nothing but that.

In most slavery films, we watch enslaved people be brutalized, but early on in Django, he interrupts a slave master who’s preparing to whip a slave, snatches the bullwhip from the overseer, then whips him with his own weapon and kills him. I love that scene so much. It gives me a deep sense of catharsis. I know many Black people are triggered by Django in part because it’s made by a white man, but I think Quentin Tarantino, as a master filmmaker, has a right to make a movie that’s set during slavery, especially because his movie is not about a slave—it follows the life of a newly free man who is exploring the boundaries and the power of his freedom. It ends with the killing of an enslaver and his loyal and evil house slave, and then the enslaver’s entire plantation is burned to the ground, symbolizing the destruction of slavery. When I saw that, I felt the catharsis deep in my bones.

5. There are no Black bodies going through extreme trauma at the hands of cops or racists. I do not go to the cinema to see Black people beaten and brutalized. Like most modern Black people, I have about 30 real-life short films stuck in my short-term memory—short videos of the horrible deaths of Eric Garner, Tamir Rice, Philando Castile, John Crawford, George Floyd and more. When I go to the movies and see us being beaten by cops, it’s triggering. Even scenes where we’re dealing with the extreme anxiety of being stopped by cops are triggering, and they’re almost always the same. I loved Queen & Slim for the journey, the characters, the cinematography, but I wish I could have gotten to all of that without going through a traffic stop that ends in death. But you can’t tell that story without that, so, OK, if you must put Black bodies in conflict with a cop in a traffic stop gone wrong, don’t morally absolve the officer by having him shoot us by accident. Keep it real.

I think we deserve films that lift us up in some way. We’re in a Black cinematic golden era—there are more great, authentic films about the Black experience being made now and more empowered Black people in front of and behind the camera. We have the right, and the power, to demand better representations. 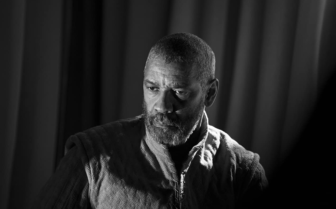 Also Read:
Denzel as Macbeth is worth the effort

Lots of movies pass theGrio Test: The Harder They Fall, Black Panther, King Richard, Zola, Candyman, Judas and the Black Messiah, The Harder They Fall, Moonlight, Sorry To Bother You, One Night In Miami, Ma Rainey’s Black Bottom, Fatherhood, Us, Get Out (yes, Black bodies are literally used to help transform white people but the movie is clearly satirizing the white habit of fetishizing the Black body and their desire to inhabit it).

Lots of movies fail theGrio Test: Antebellum (far too many triggering scenes on a vicious slave plantation), Monster (nice Black boy on trial facing prison), The Help (all that subservience and a white savior), The Green Book (Magical Negroism), Get Hard (Black man trains a white man for prison, ugh), Crash (Black characters are there just to help prove the racist white characters aren’t racist), The Toy (Richard Pryor as a human toy for a wealthy white man’s young son. I love Pryor, but this film scarred me.)