"To my teammate and one of my best friends in the world," wrote Hall of Fame shortshop Derek Jeter, "rest in peace, my brother."

Gerald Williams, who played Major League Baseball for 14 years, died Tuesday after a battle with cancer. He was 55.

According to the MLB, Williams’ death was announced by Hall of Fame shortstop Derek Jeter. A close friend of Williams’, Jeter released a statement via the Players’ Tribune, a media platform he founded in 2014 that produces daily sports conversations and publishes first-person stories from professional athletes.

“Gerald Williams passed away this morning after a battle with cancer,” said Jeter. “To my teammate and one of my best friends in the world, rest in peace, my brother. My thoughts and prayers are with his wife, Liliana, and their whole family.”

Williams was born Aug. 10, 1966, in New Orleans, Louisiana, and he attended Grambling State University, where he played right-handed hitting outfielder. He joined the major leagues with a debut with the Yankees in 1992, and played five seasons in pinstripes before he was traded to the Milwaukee Brewers in 1996. He also played with the Atlanta Braves, Tampa Bay Rays, New York Mets and Florida Marlins.

“If I had to make a model out of the type of person to have as a friend … it would be Gerald,” Jeter wrote in his 2000 book The Life You Imagine, written with Jack Curry of the YES Network, as cited by The New York Post. “He is a wise man, a candid man, a positive man. If you have friends with those traits, consider yourself lucky.”

Bernie Williams, an unrelated teammate, said he was “deeply saddened” by the news of his friend’s passing.

“Through thick and thin, we had each other’s backs,” Bernie Williams said. “We used to talk and dream about how it would be like to play in the big leagues. He had more power, he was faster and definitely had an exponentially better throwing arm than me, so we used to joke around about him being called up by the Yankees first.” 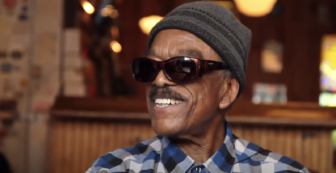 “We played side-by-side in the big leagues for a little while, so our dream did come true,” noted his colleague. “He was a stand-up individual with great character and integrity throughout his whole life. Even though our lives went in separate ways, I always considered him a true friend and a mentor. I will miss him a lot.”

The MLB called Gerald Williams “an above-average defender,” pointing out several instances where he contributed to the career highlights of his teammates. Williams raced toward the center-field wall at Yankee Stadium and contributed a catch that helped Dwight Gooden pitch a memorable no-hitter in the 1996 season, officials noted.

In his book, Jeter also wrote of his friend, “You could sit down next to Gerald on a plane, take a three-hour flight, talk the whole time, and never, ever guess that he played baseball. Gerald would talk to you about politics, religion, health care, the judicial system, anything. He is a person who thrives on life. He always finds positives and has told me that he doesn’t think he could ever overuse the word positive.”