HBCUs at the forefront of emerging industry of renewable energy

EXCLUSIVE: As the nation pivots from traditional fossil fuels to renewable power, the market could be flooded with jobs that require skill sets that many HBCUs are already providing.

Eric Powell, Director for North America at Partners in Performance, sees great potential for Historically Black Colleges and Universities (HBCUs) to be at the forefront of the emerging industry of renewable energy.

The Black energy executive thinks as the nation pivots from traditional fossil fuels to renewable power the market will be flooded with jobs that require skill sets that many HBCUs are already providing through programs in the science, technology, engineering and mathematics fields.

“If we fully participate in the development of technology and so forth, it’s a way to get a shift of purely consumers to producers and business owners within this whole new energy value chain,” Powell told theGrio.

Powell anticipates that new economic opportunities will spring up in manufacturing and mining industries that are tied to the development of batteries, software development, wind and solar engineering, and infrastructure.

To meet the growing market demand with a skilled workforce, Powell thinks “there needs to be a partnership among the institutions in corporate America.”

One such company has been a leader in creating a pipeline for HBCU STEM students, Enviva, which is a global renewable energy company specializing in sustainable wood bioenergy. The company launched a multi-year recruiting and career development pipeline with North Carolina A&T University, North Carolina Central University, Alabama A&M University, and Jackson State University.

Experts at the McKinsey Institute for Black Economic Mobility found that 24% of all STEM-related bachelor’s degrees secured by Black students in the United States were earned at HBCUs. 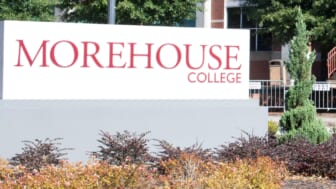 “There’s this misnomer that HBCUs are not going to be a core part of the future economy,” Duwain Pinder, a partner at McKinsey and Company told theGrio. “But when you look at the numbers, they are going to have to be a critical part, an incredible driver of what the future economy is going to look like.”

Pinder cautioned that while HBCUs play a significant role in the Black STEM workforce, there still needs to be an acceleration of interest and study in the STEM fields to keep up with the overall population.

Initially, HBCUs were established as land grant institutions that fostered an agricultural base for STEM studies. Kelly Mack, a principal investigator at the Center for the Advancement of STEM Leadership, contends the partnerships and specialized programs HBCUs offer are often tied to their geographic location.

“There are many HBCUs that do have very vibrant agriculture departments, which has much to do with their historic missions as being the 1890 land grant institutions for the states in which they exist,” Mack told theGrio. “The range of research at HBCUs extends from agriculture, to physics, to biomedical science to astronomy, like it covers just the whole range of scientific disciplines.”

Mack thinks many opportunities for strategic partnerships with HBCUs and companies in the renewable energy industry will also emerge through geographic proximity and programs related to the topography surrounding each institution.

In addition to specialized STEM programs at HBCUs, Powell notes that Black candidates who have technical training will gain an upper hand in their job search.

“The technical schools, or folks [who] may not necessarily want to go to college, you still would need people moving earth in order to build infrastructure, do pipelines, build grids, build solar farms,” Powell added.

“You still would need those individuals who are instrumental in technical controls, or electricians or mechanics to either fix or maintain these assets, or even to operate the systems.”