Harris' plea of guilt on two counts means that five additional federal counts against the former Netflix show star will be dropped.

Jerry Harris, who was once a rising star on the hit Netflix docuseries Cheer, has pleaded guilty to one count of receiving child pornography and one count of traveling with the intent to engage in illicit sexual conduct.

According to NBC News, the plea agreement — made at a remote hearing Thursday in Chicago before Judge Manish S. Shah — means that five additional federal counts against Harris will be dropped.

Born Jeremiah Harris, the 22-year-old former docuseries star was a popular member of the Cheer cast. The show won three 2020 Emmy Awards its first season — including for Best Outstanding Unstructured Reality Program — which featured the cheerleading squad at Navarro College, a community college in Corsicana, Texas.

A breakout star from Cheer, Harris also attended the Academy Awards as a personality for The Ellen DeGeneres Show.

Yet, despite his public persona, federal investigators say that he solicited “face” and “booty” pictures from underage boys from August 2017 to August 2020. One 13-year-old sent Harris dozens of photos and told investigators that Harris “cornered him” in a bathroom and tried to solicit oral sex from him. 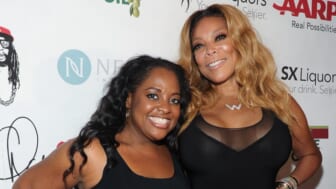 The child was identified in the complaint as Minor 1 and his twin brother as Minor 2. In an episode in the second season of Cheer, which premiered last month on Netflix, the boys disclosed themselves as Harris’ victims.

Charlie and Sam said they were inspired to speak out after watching an interview with then-presidential candidate Joe Biden in June 2020. “I want to show to the world, give people a face to, when they think of Jerry Harris, what he did,” Charlie said, according to the NBC News report.

Kristen, the mother of the boys, also appears in the show in the current Cheer season. In episode five — entitled “Jerry” — she and her sons detail the abuse the teens endured from Harris. It was Kristen who discovered pornographic images and text messages from Harris on one of their phones. 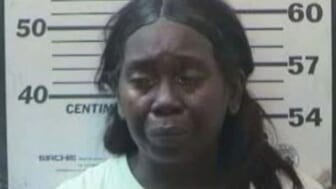 “This was not just a handful of times that this happened,” she said. “He was an incredibly persistent predator that forced himself into the center of my sons’ lives for over a year.” She noted that the boys saw speaking out on Cheer as “an opportunity for them to speak from a platform that their peers will see and tell their story.”

The family’s attorney, Sarah Klein, said in a statement to CBS News they “are grateful that the U.S. Attorney and the FBI investigated this case, located additional victims and took action.”

“Now, Jerry Harris’ guilt has been firmly established. This was made possible because our clients’ mother, Kristen, initially had the courage to report Harris to the FBI,” Klein contended, “and provided evidentiary proof of the manipulation, sexual harassment, abuse and exploitation that her sons had suffered.” 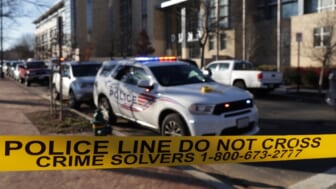 Harris, who has been in custody at the Metropolitan Correctional Center in Chicago since his arrest in September 2020, will be sentenced on June 28. He faces a maximum sentence of 50 years in prison.

According to a statement from his own attorneys, Harris himself had been a victim of sexual abuse as a child — and in the competitive cheerleading world. “There being no safe harbor to discuss his exploitation,” said the statement. “Jerry instead masked his trauma and put on the bright face and infectious smile that the world came to know.”