OPINION: Aside from nuance, economics and the trend of increased housing prices, the hullabaloo over the comedian’s opposition to affordable housing missed one important point: Dave Chappelle didn’t oppose affordable housing.

The fact that I’ve never even been nominated for a Nobel Prize is not important, nor should it matter that I’m technically about $999.9 million away from having a billion dollars (like Kylie Jenner, I round up to the next billion.) What’s really important is that Dave Chappelle is keeping imaginary poor people out of hypothetical homes. 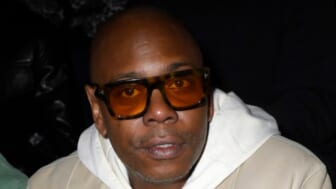 I’m sure you’ve read the reports about how comedian Dave Chappelle recently opposed his hometown’s plan to build affordable housing. And yes, the story was relevant. As an actual economist (who has been ignored by the Nobel Committee…so far), I was excited about the story. During a time when home prices are reaching record highs, we should be having a conversation about home valuations and what “affordable housing” actually means, which is why we reported on it. Unfortunately, what everyone seems to have concluded from the birds-eye view reporting of this complex issue is that Dave Chappelle doesn’t want a ghetto in his backyard. To be fair, Unlike many other outlets, our story did not accuse Chappelle of speaking out “against an affordable housing plan” for a very good reason:

To understand what actually happened, there are a few parts of the story you should know:

When land developer Oberer Land Developers, a for-profit company that, well…develops land, bought 52.65 acres of land in the tiny village of Yellow Springs to develop 143 single-family homes, the residents had concerns about affordability, transparency and the complaints that a dump was formerly located on the site. So, to ease those concerns, Oberer offered a second plan that included a planned use development (PUD). In the second plan, along with townhomes and duplexes, Oberer would have created a public park, water retention ponds and offered to set aside 1.75 acres to the city to develop 20 units of affordable housing. In exchange, the city would maintain the park, the roads, street lighting and retention ponds.

It did not exist.

An online petition opposing the site gained 438 signatures—more than 10 percent of the town’s population. Sure there were probably some people who opposed the PUD because of racial implications (there always are). Chappelle never enunciated why he objected to his tax dollars helping Oberer make a larger profit, but the inference that a multimillionaire was apoplectic about 20 people moving into a neighborhood where he did not live strains credulity. Yet, despite the ongoing “not-in-my-backyard” narrative, what Dave Chappelle—along with many other residents who know more about the plan than you, I or secondhand fever-fingered tweeters—seems to argue is that the development would make the city less affordable and less diverse. 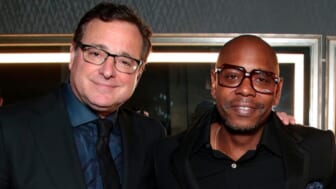 “This development is only going to further gentrify YS and will completely change not only the face, but also the nature of our Village,” one resident noted on the petition. “Please do not let this happen.”

“YS needs affordable housing for current residents not 300k homes so that only the affluent can move into town displacing the people who have lived here for generations,” another wrote. “We need apartments & senior apartments.”

In a letter to community members that accompanied the 300-page Oberer plan, Village Councilwoman Marianne MacQueen, who supported the new development, acknowledged that: “While the PUD does not meet some of our most pressing housing needs, it clearly will meet needs defined in the 2018 Housing Needs Assessment,” adding:

We don’t have to look any further than our own downtown to see that some of our citizens have no housing. No one development will solve these problems. At this point Council has two choices:

1) Vote for the PUD and allow development to start.

2) Vote NO and acknowledge that Oberer will begin a single-family housing development, as is there right as property owners.

As the councilperson noted, the citizens of Yellow Springs didn’t have the option of stopping a private company from doing what it wanted on its own land. Their only option was to vote no on using the citizens’ funds to contribute. Through a spokesperson, Chappelle said neither he nor his neighbors were “voting against affordable housing; however, they are against the poorly vetted, cookie-cutter, sprawl-style development deal, which has little regard for the community, culture and infrastructure of the Village.”

This ends the Dave Chappelle part of the discussion.

If you’re still reading, we can have a conversation about the housing crisis. The question we should be asking is how the hell an entire city runs out of housing. Or why one profiteering colonizer can corner the market on literally one-third of a city’s housing market. But instead of exploring the nuance and the complexities of the situation, the celebrity-gaping culture we have cultivated has everyone on social media bashing someone who knows more about the town he lives in and spends his money developing than the person who we retweeted.

And none of this is to absolve Chappelle and the residents of Yellow Springs, because—and here is the important part:

While it is a privilege to care about subtleties like traffic, environmental impact and the aesthetic of your beloved town when you have a place to lay your head, housing experts and economists agree that the best way to lower rental rates and housing prices is by building new homes instead of affordable housing. As The Atlantic’s M. Nolan Gray writes: “A flurry of studies over the past few years have consistently found that new market-rate development, even of the luxury variety, helps relieve pressure on local housing prices in this way.”

Are you bored yet? Can you tell I’m in my bag? OK, here’s how it works:

Basically, when you build a bunch of new homes, the wealthier people who can afford to buy a new house will do it. Some will rent out their old houses, thereby increasing the number of available rental units and lowering the overall rent in the area. Of course, some of the new buyers will sell their old houses. But, since the asking price of an old house is usually lower than the price of a new home in the same town, the prices of existing homes will fall. It’s simple supply and demand.

Again, there are studies that show this. Kate Pennington, a Ph.D. candidate at the U.C. Berkeley Department of Agricultural and Resource Economics found that rent in units close to new housing projects not only declined 1.2 percent to 2.3 percent but that people who lived in rent-regulated apartments were one-third less likely to be evicted after new housing events. In fact, the rate of people who are displaced to lower-income zip codes actually decreases by 17 percent after new places were built. Of course, Pennington might be wrong. Another group of researchers found that new market-rate housing (in other words, housing whose prices are not regulated) decreased rent by 5 to 7 percent and cause lower-income people to move in. But the data is clear: building new houses for people who can afford new houses will probably relieve more pressure on the housing stock than building a handful of rent-controlled units (To be fair, I couldn’t find a study on how imaginary affordable housing built in the Twittersphere affects real people who need homes.)

Of course, Dave Chappelle doesn’t know this. He was probably concerned about something else…like my Nobel Prize.

They make a Nobel Prize for Spades, right?

I bet you a billion dollars that they do.