With a ceremonial groundbreaking on the campus of Governors State University just outside of Chicago, school leaders extolled the mission of the Illinois Black Hall of Fame and reminded attendees about the accomplishments of Black Illinois natives and residents.

The Hall’s new site is scheduled to open in June at the University Park school, where family members of the inaugural class gathered Friday among GSU and IBHOF leaders for a V.I.P. groundbreaking event.

The Class of 2021 “led lives that changed the status quo,” said GSU President Cheryl Green during Friday’s ceremony, the Tribune reported. “They blazed new trails and inspired generations to dream.”

According to the Tribune, IBHOF Founder Ceola Barnes said she envisions the display, which will be housed near the main entrance of the university, as a “teaching tool and making people aware of our history that they might not know about.” 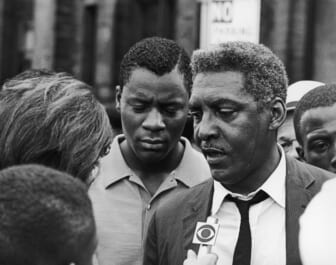 Barnes, who founded the African-American Ladies’ Legacy Foundation in 2011, said the Hall grew out of the foundation’s efforts which highlight and celebrate the accomplishments of Black women role models and provide mentorship to young girls, theTribune reported.

According to the Daily Journal, the space will showcase portraits of all inductees and is expected to be developed into a more formal display before the university’s annual Juneteenth gala. Within the next week, the university will announce inductees for 2022.

Black, who was announced as the Hall’s first inductee in February 2021 shortly after his 102nd birthday, died later that year in October. Black was a noted author, historian and activist who, according to the Tribune, assisted Washington’s successful mayoral campaign and mentored President Barack Obama.

His wife of 40 years, Zenobia Johnson-Black, told the Tribune during Friday’s ceremony: “He would always say, ‘Be prepared, so when the door opens you can walk through, but when you get through hold the door open for someone else.” 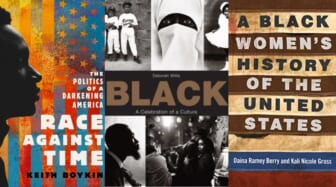 Gigi Coleman, the great niece of the late Bessie Coleman, also attended the event, the Tribune reported. The elder Coleman was the first Black woman and the first woman of Native American descent to earn a pilot’s license.

“She was a pioneer ahead of her time,” Gigi told the Tribune about her aunt Bessie, who died April 30, 1926. “She had the tenacity to overcome all sorts of obstacles.”

To learn more about the Illinois Black Hall of Fame, click here.