Through their Archewell Foundation, the Duke and Duchess of Sussex are issuing grants to four organizations focused on advancing women.

Mere days after being honored by the NAACP for their advocacy and philanthropy in support of racial equality, Harry and Meghan, the Duke and Duchess of Sussex announced a new initiative to kick off Women’s History Month on March 1. Appropriately, they are escalating their ongoing support of gender equality.

The announcement came via a statement posted to the couple’s Archewell Foundation website, which began:

As we cross into Women’s History Month, and ahead of International Women’s Day next week, Archewell Foundation is announcing a number of non-profit investments in leading organizations working to advance gender equity, build policies that empower women and families, ensure meaningful media representation for women, and provide women with a network of tools and support for gaining employment. 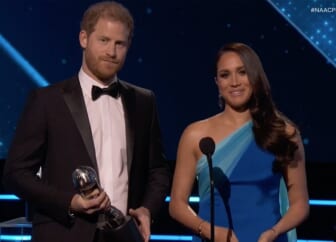 Specifically, there will be four organizations that will benefit from a series of grants created by the Sussexes’ philanthropy, including The Center on Poverty and Inequality, Georgetown University Law Center; the National Women’s Law Center; gender-equity focused news site The 19th; and the U.K.-based Smart Works, which is focused on unemployment issues affecting women in that country.

Notably, Smart Works was one of several organizations placed under Meghan’s patronage in 2019, during her time as a senior royal. Though she and Harry have since stepped down from those roles and decamped to her native California, her relationship with the organization has continued.

Explaining the next phase of their affiliation, Archewell Foundation explained that its grant “will enable the creation of the Smart Works Female Unemployment Index, which will be an extremely robust study looking at unemployment issues that affect women across the UK, with the aim of creating an annual benchmark against which progress and change can be tracked.”

“We are so grateful to Meghan, The Duchess of Sussex and Archewell Foundation for their steadfast support of Smart Works’ mission and continued growth,” Kate Stephens, CEO of Smart Works, told Britain’s Hello! magazine. “Whether in person or remote, we are dedicated to providing women with the tools they need to feel confident at such a critical moment in their lives, and the research we are undertaking will shine a light on the challenges they face.”

As for the Sussexes, their statement on the grants concluded with a wish for this month and beyond: “Part of Archewell Foundation’s core commitment is to build strong, compassionate, and equitable communities across the world,” it read. “Although these grants have been announced as we recognize Women’s History Month, the work they represent is relevant and vital every day of the year.”