Derrick Harris is suing New York City and the NYPD after a Rikers Island sentence he claims was wrongful.

Hip-hop producer Derrick Harris served a four-year jail sentence for a sexual assault case in which all charges were later dropped. Now, the 52-year-old seeks legal justice through a wrongful imprisonment lawsuit filed against the City of New York and the NYPD.

As reported by ABC News on Thursday, an acquaintance of Harris’ in 2011 accused him of sexually assaulting her, after which, according to the lawsuit, police entered his home unwarranted, punched and arrested him without explanation.

Although Harris was later acquitted of the sexual assault charge in 2015, he spent the ensuing four years jailed on Rikers Island on the remaining charges, before being found not guilty of all charges in 2020, per the outlet.

According to NY Daily News, Harris produced under the moniker “True Master” for the likes of Wu-Tang Clan rapper Ghostface Killah, as well as musicians Alicia Keys and Busta Rhymes prior to his arrest. 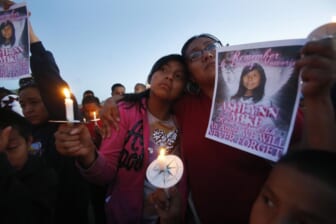 Per ABC News, the lawsuit claims that Harris had never been convicted or imprisoned prior to the incident. Civil rights attorney Ben Crump said at a press conference on Thursday that Harris was “wrongfully and falsely accused based on police lies.”

“I feel like if I wasn’t a Black man, then the fact that they had evidence to prove my innocence within a few months of me being arrested, I would have not had to stay on Rikers Island for over four years, just like they did to Kalief Browder,” Harris said at the press conference.

As reported by theGrio, Browder, a Bronx teenager, died by suicide after spending three years at Rikers Island over the accusation that he had stolen a backpack, despite never being convicted.

“They hold you on Rikers Island, with no case at all, in an attempt to try to get you to take a guilty plea. And it’s wrong. It has to be stopped,” Harris said during Thursday’s conference, per the outlet. 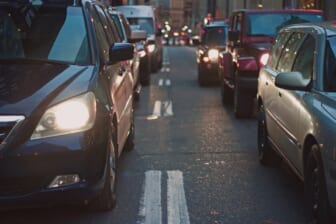 As reported by ABC News, the lawsuit alleges that officers obtained a warrant to search Harris’ home after the arrest using falsified evidence. The suit additionally claims that Harris’ DNA was proven not to be present at the alleged crime scene.

The NYPD reportedly declined ABC News’ request for comment, reasoning that they had not yet been served with the lawsuit. Representatives for the city of New York and individual officers did not immediately reply when contacted by the outlet.