The organization supporting Jackson represents a network of 145 Black Chambers of Commerce in cities across the nation.

Per The Hill, the U.S. Black Chambers represents a network of 145 Black Chambers of Commerce and black-owned business organizations from cities across the nation. They named several reasons for offering Jackson their support in a letter to the Senate Judiciary Committee, citing her experience working in service to the public. In addition to having served as a public defender in her role as vice-chair of the United States Sentencing Commission from 2010 to 2014, Jackson was influential in lowering mandatory minimums for crack cocaine.

Further, the group noted that Jackson’s confirmation would fill a need for equitable representation on the court. There has not been a Black liberal serving on the Supreme Court since the late Thurgood Marshall.

“The history-making qualities of this nomination are overshadowed only by Judge Jackson’s breadth of experience in our legal system, making her an exceptionally qualified choice for the role of Supreme Court Justice,” asserted Ron Busby, U.S. Black Chambers president and CEO, in his letter to Democratic Senate Judiciary Chairman Dick Durbin of Illinois and ranking Republican member Chuck Grassley of Iowa, according to The Hill, which obtained a copy. 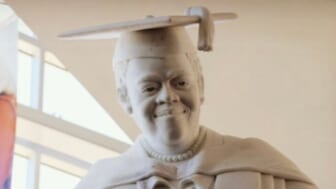 “This diverse and broad experience in public service imbues Judge Jackson with a unique appreciation of how critical it is for the justice system to be fair and impartial,” Busby continued. “Among her colleagues and in her work, Judge Jackson has built a strong reputation for upholding the rule of law with a nonpartisan, inclusive approach to advancing a judicial system that treats all Americans fairly.”

If confirmed, Judge Jackson would be the first Black woman to serve on the Supreme Court, fulfilling a promise Biden made while campaigning for the White House. She has been making rounds meeting with senators from both parties ahead of her confirmation hearings, which are slated to begin on March 21.

It is unclear if support for her nomination will be bipartisan. Republicans Lindsey Graham, Lisa Murkowski and Susan Collins supported her confirmation to the U.S. Court of Appeals of the District of Columbia Circuit last year. 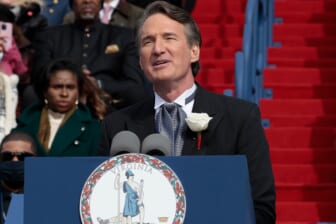 According to its website, the U.S. Black Chambers is “affectionately known as the ‘National Voice of Black Businesses'” that “provides committed, visionary leadership and advocacy in the realization of economic empowerment. Through the creation of resources and initiatives, we support a network of African American Chambers of Commerce and business organizations in their work of developing and growing Black enterprises.”

Jackson has not responded to remarks by Fox News host Tucker Carlson, who questioned why President Biden did not share her LSAT scores when listing many of her accomplishments during his State of the Union address last week. As previously reported, the conservative personality’s comments were largely denounced as another racist dog whistle and an attempt to mar what are considered impeccable qualifications.