The study, originally published in the journal Nature, is the first to feature people who had brain scans before and after infection.

Researchers have found that people who battled COVID-19 may have lasting damage to the gray matter and tissue of their brains versus those who were never infected with the virus.

The New York Times shared results Monday from a new study, originally published in the journal Nature, which noted it is the first to feature people who had brain scans before and after contracting the virus.

According to the report, the study does not imply that the changes indicate lasting damage or that the issues will profoundly affect thinking, memory or other functions.

“To me, this is pretty convincing evidence that something changes in brains of this overall group of people with COVID,” Dr. Serena Spudich, chief of neurological infections and global neurology at the Yale School of Medicine, told The New York Times. Dr. Spudich was not directly involved in the study.

“To make a conclusion that this has some long-term clinical implications for the patients I think is a stretch,” she maintained. “We don’t want to scare the public and have them think, ‘Oh, this is proof that everyone’s going to have brain damage and not be able to function.’” 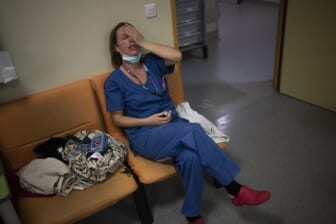 The study involved 785 people between the ages of 51 and 81, 401 of whom contracted COVID-19 between March 2020 and April 2021. It found that there is brain shrinkage and tissue damage, particularly involving the sense of smell, the loss of which is a primary symptom of coronavirus infection, The Times reported.

There was an additional loss of as much as 2% of gray matter from those who were infected by COVID versus those who had not. Further, the study found that the effects on the brain after the infection were more severe the older the patient. 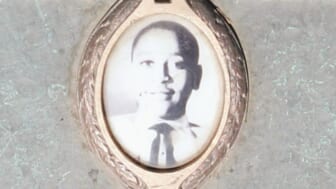 The study did not answer a number of questions, including whether or not the brain changes may put COVID patients at higher risk for dementia in the future. It also failed to explain how and why younger patients experience “brain fog” and other neurological symptoms after infection and during “Long-COVID,” the name given to persistent symptoms after diagnosis.

The probe’s real value, Spudich told The Times, is that its results showed “there’s been something that’s happened in the brain in these people,” noting that “I think people have felt that it’s so vague, so hard to measure.”