In the two years since Breonna Taylor was killed by police gunfire in her Louisville, Kentucky home, her family and supporters nationwide have continued widespread calls for justice and sweeping systemic changes within American law enforcement.

Localized efforts in her name were discussed Friday during a town hall sponsored by Justice 4 Louisville and the Breonna Taylor Foundation, which are hosting a series of events over the weekend of March 13 to commemorate the late 26-year-old’s memory, the Louisville Courier Journal reported.

Friday’s discussion convened several of the city’s prominent Black leaders including two mayoral candidates: the Rev. Tim Findley, founder of the Justice and Freedom Coalition and Shameka Parrish-Wright, activist and co-chair of the Kentucky Alliance Against Racist, as reported by the Courier Journal. 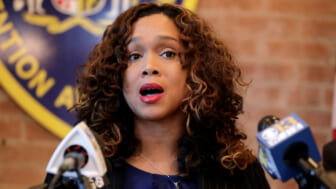 Moderating the discussion on Friday was Nicole Hayden, local entrepreneur, activist and owner of Friends of Nicole 50/50 Mentoring Collaborative Inc, a mentorship and career development program for young women.

Per the Courier Journal, a key topic of discussion was increasing unity within the local Black community, which Reynolds and others said would go a long way toward altering systemic cycles of harm.

“We have got … to find a way to use our power together so we can actually move the needle,” Reynolds said. “We have been so divided sometimes we can’t get things done.”

Arthur, who the Courier Journal reports is the youngest Metro Council member in the history of Louisville, urged people to become politically involved and said that creating change is “never just about one single person.”

The need for diverse representation was also a central theme of Friday’s conversation, with Davis and others discussing the importance of having people in positions of power who understand and share the experiences of different races, cultures and socioeconomic statuses, according to the Courier Journal.

Per reports, pathways to solutions for systemic racial disparities in Louisville were outlined in the petition A Path Forward for Louisville, published in June 2020 by a group of the city’s Black leaders after the deaths of Taylor and others including David McAtee. McAtee was shot and killed by police and National Guard personnel after a police brutality protest that month. 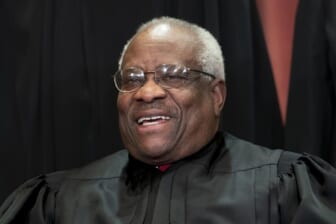 Among the leaders who created the petition is Reynolds, who said the group continues to meet weekly as they continue working on a number of projects to create opportunities in education, health, jobs, housing and justice for Black residents, according to the Courier Journal.

In addition to building and rehabbing 15 housing units for local tenants to rent, the group has helped Black-owned start-up businesses with their needs in marketing, infrastructure, business planning and capital access, per the outlet.

Reynolds reported having seen a local increase in mental health problems among Black residents, which the group has aimed to address by sponsoring community mental health events and partnering with service providers to increase people’s access to support.

Other events sponsored by Justice 4 Louisville and the Breonna Taylor Foundation this weekend included a free concert on Saturday and a nationwide releasing of balloons on Sunday to honor Taylor’s memory, according to the Courier Journal.