Young, who was confirmed by the U.S. Senate on Tuesday by a bipartisan vote of 61-36, was sworn in by another history-making woman in the Biden White House -- Vice President Kamala Harris. 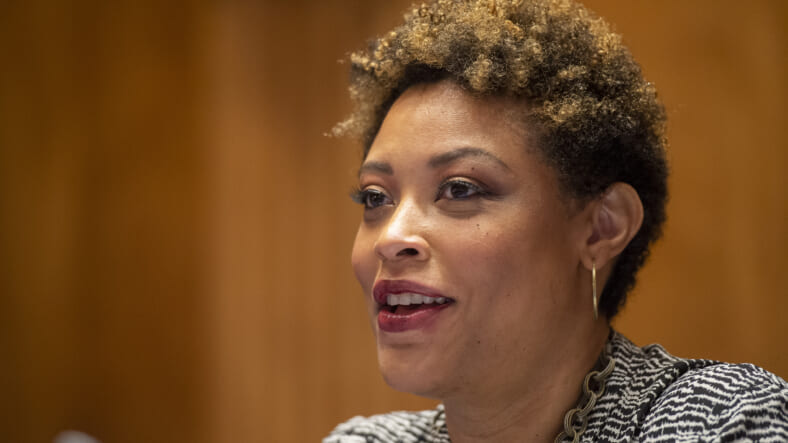 Shalanda D. Young speaks during a Senate Homeland Security and Governmental Affairs Committee confirmation hearing examining her nomination to be Director of the Office of Management and Budget on February 1, 2022 at the US Capitol in Washington, DC. (Photo by Bonnie Cash-Pool/Getty Images)

Shalanda Young was sworn in on Thursday as director of the White House’s Office of Management and Budget, officially making history as the first Black woman to serve in the role.

Young, who was confirmed by the U.S. Senate on Tuesday by a bipartisan vote of 61-36, was sworn in by another history-making woman in the Biden White House — Vice President Kamala Harris.

The swearing-in was originally scheduled for Wednesday but was rescheduled after it was reported that Vice President Harris’s husband, Second Gentleman Doug Emoff, tested positive for COVID-19. The White House announced that the Vice President was tested negative for the virus multiple times.

Young, who was confirmed last year as President Joe Biden’s deputy director of the Office of Management and Budget, has simultaneously served as acting director since March 2021.

As director of the Office of Management and Budget, Shalanda Young will run the largest office within the Executive Office of the President, which President Biden called “the nerve center of government.” The role of OMB director is to help create the president’s budget, ensure the president’s policies are implemented and coordinate inter-agency policy initiatives.

On Tuesday morning before her confirmation on the Senate floor, Senate Majority Leader Chuck Schumer declared emphatically that it was “long time for the word ‘acting’ to be dropped from her title,” and praised her leadership in executing President Biden’s legislative agenda, notably the $1.2 trillion bipartisan infrastructure law that was passed into law last year. 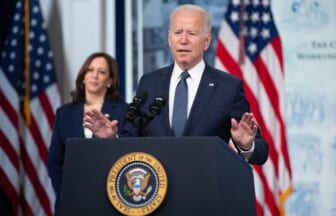 After announcing last year November that Young would be his nominee for OMB’s director following her eight months in the acting role, President Biden praised Young as a “tremendously qualified director” who he said, “continues to impress me and congressional leaders.”

On Tuesday, while signing the Consolidated Appropriations Act 2022 into law, which funded the federal government through September 30, 2022, President Biden notably handed the first pen he used to sign the law to Young.

The Senate’s bipartisan confirmation of Shalanda Young, a career staffer who worked for more than a decade on Capitol Hill, was an expected one, as she had been praised by both Democrats and Republicans for her work. As former staff director at the House Appropriations Committee, Young had developed many relationships with members of both political parties.

“In my time working with Shalanda Young on the Appropriations Committee, she was one of the most talented, strategic, and well-respected staff members on Capitol hill,” U.S. Congresswoman Barbara Lee told theGrio. “I have no doubt that she will continue her legislative mastery as the first Black woman director of OMB. It makes me very proud that she’s finally cleared this nomination process, and I can’t wait to continue working with her in her new role.”

“I worked with her when she was the professional staff director, the head of the Appropriations Committee, and not only did she always know all of the information, but also knew her stuff inside out, had the respect of the other staff and the members,” Congresswoman Plaskett told theGrio.

“She was also always accessible to members and speaking with them, had done her homework, and really knew and had empathy for what their issues were, what their districts’ needs were. And that’s rare for someone to really have that level of detail and empathy for everyday Americans and for those members, all of us in every district. And so I know that President Biden’s Office of Management and Budget is in good hands under her stewardship.“

While introducing Young at her confirmation hearing before the Senate Budget Committee last month, Republican U.S. Senator Kevin Cramer of North Dakota praised her as “smart and extremely witty” and “classy.”

“What impressed me so much and what I’ve seen in practice as well as in words is she has not just an understanding for the legislative process and really a respect for the institution,” said Sen. Cramer. “I can tell you from first-person experience that I have never worked with a budget director that was attentive, that was as understanding, that could drill down on specific issues and actually took the time to do it as Director Young has.”

Deputy Secretary of Commerce Don Graves said in a statement to theGrio, “Coming off the heels of Black History Month and as we continue to celebrate Women’s History Month, I can think of no better time to appreciate the confirmation of Shalanda Young as the first Black woman to lead the Office of Management and Budget. We are truly witnessing history in the making.”

“Shalanda represents Black excellence as a longtime public servant whose management and budget expertise has earned her the respect of members of both parties in Congress. Moreover, she has been critical to executing the President’s vision for America and a key partner to the Department of Commerce. Shalanda’s confirmation, alongside the other women of color leading across this administration, demonstrates to Black and Brown children across the country that they too can achieve and succeed at the highest levels of our government. I look forward to continuing our work together in the months ahead.”

Young, a native of Louisiana, began her career in Washington as a Presidential Management Fellow with the National Institutes of Health. She would later spend 14 years as a staffer for the House Appropriations Committee. In her role, she was involved in creating proposals to successfully reopen the government after its shutdown in 2019, as well as the federal government’s response to the COVID-19 pandemic. 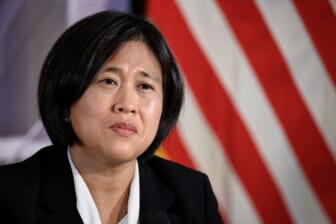 The quest for a director for the Office of Management and Budget had initially been embroiled in controversy. President Biden’s first nominee for the cabinet position, Neera Tanden, withdrew her nomination after it was clear that she did not have enough votes to secure her confirmation. Republican Senators and Democratic Senator Joe Manchin had opposed Tanden’s nomination over past tweets in which she made disparaging remarks about some senators from both parties. After Tanden’s withdrawal, many rallied behind Young as a replacement nominee.

“There’s no education for an appropriations staff,” said Young, adding “the great thing about this job is that I get to…fix problems.”

Young is also a new mother. During her remarks, she touched on her rise to the White House and the future she hopes for her young Black daughter.

“I’d really like to not have to give the speech, I think many of us probably got at this table, that you have to be better. She should be able to work as hard as anyone else. She shouldn’t have to be better than someone else just to be given a shot,” Young said to her colleagues, Defense Secretary Lloyd Austin, HUD Secretary Marcia Fudge, Environmental Protection Agency Administrator Michael Regan, UN Ambassador Linda Thomas Greenfield and Council of Economic Advisors Cecilia Rouse.

“I hope she’s not impressed by anything that I do, and my guess is she won’t be….because I want this to be normal for her, and for this not to be an exception to the rule.”