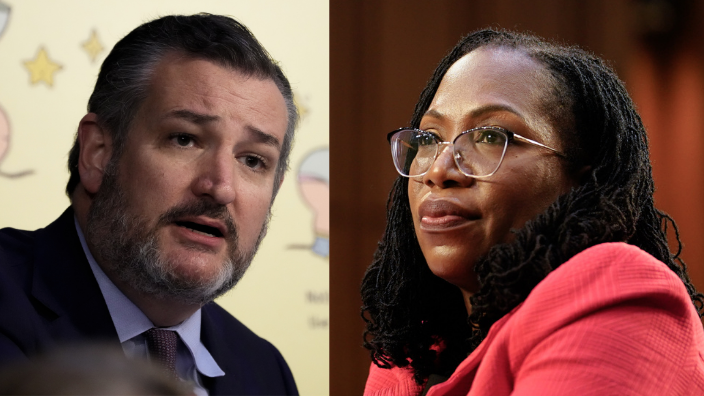 Speaking exclusively with theGrio, members of Congress lambasted Republicans after Senator Ted Cruz and the RNC used CRT as a political weapon against Judge Jackson. 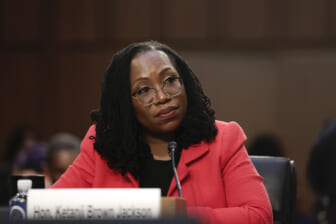 As theGrio reported on Tuesday, during his 30-minute line of questioning Sen. Cruz attempted to tie Jackson to the legal academic discipline based on a speech in which she mentioned The 1619 Project author Nikole Hannah Jones, and subsequently, called out a list of books about race being taught at a private school in Washington, D.C. of which Jackson sits on its board of trustees.

Earlier in the day, the RNC tweeted a graphic of Judge Jackson’s picture with her initials “KBJ” being crossed out and replaced with “CRT” – indicating that the association was a deliberate political strategy.

U.S. Congresswoman Sheila Jackson Lee of Texas slammed the RNC’s tweet as “shameful,” telling theGrio that “Whoever or whatever provoked this racial attack should be exposed for their divisive wrong-headed attack.”

“Judge Brown Jackson believes in equal justice in America. She is a patriot who loves this country. Stop this racial attack – enough is enough. The GOP is starting up their meritless smears,” said Jackson Lee. “To try and malign, disparage and denigrate this historic moment, this historic figure is shame on the other person, the shame of the people who provoked this and shame on the RNC.”

Similarly, U.S. Congresswoman Stacey Plaskett of the U.S. Virgin Islands told theGrio that Sen. Cruz’s questioning of Jackson over CRT was an act of “race-baiting” and “dog whistles.”

“He’s trying to demonize a legal theory, which is a legitimate legal theory that has been discussed among legal scholars, and to make it appear as something spooky is absolutely abhorrent on his part,” Plaskett told theGrio. “There is a group of individuals who try to make Black people disown being Black to be legitimate…He does not make white people disavow white supremacy when they or other kinds of white privilege when they decide to come before him.”

She added, “It doesn’t come up in her work as a judge. So why would critical race theory have anything to do with her confirmation for a seat of the Supreme Court is beyond me.” 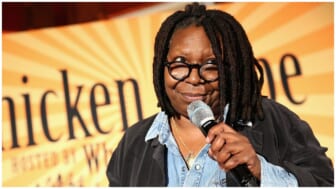 Congresswoman Jackson Lee noted that Judge Jackson said repeatedly during Tuesday’s hearing that “in the 570 opinions that she’s written, she’s never had a critical race theory as an element of her decision.”

“The junior senator from Texas has a right to ask these questions, but the question is what is the purpose of those questions and what relevance does it have to her long history of service?” she said.

Despite Sen. Cruz’s attempt to put Jackson on the defense regarding CRT, Jackson Lee said she thought the judge “handled it greatly.”

Congresswomen Jackson Lee and Plaskett, both of whom attended this week’s hearings, dismissed Senator Cruz’s questions as an attempt to win political points with the Republican base ahead of his expected presidential run in 2024.

Attempts to weaken Judge Jackson’s nomination aside, the Democratic members of Congress said that Jackson’s record and performance during the hearings only proved she is well qualified for the job.

“I think it’s more important to indicate that [they] could not criticize the diversity of her background and that she probably stands as the most qualified judge ever sitting in that chair out of 115 nominees to the United States Supreme Court,” Jackson Lee told theGrio. “As a lawyer and 27 years on [U.S. House] Judiciary Committee, [I think] she knocked it out of the ballpark.”

Congresswoman Plaskett said that Jackson “is one of the most qualified individuals to sit on the bench and in the hyperbolic political world that we are in right now, they have to find something with which to eviscerate President Biden’s choice.” 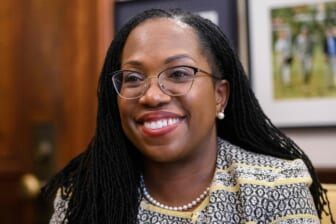 She also criticized Republicans’ focus on past Supreme Court nominees, namely the contentious confirmation hearings of now Justices Brett Kavanaugh and Amy Coney Barrett. Kavanaugh was infamously accused of sexual assault, which consumed his hearing in 2018, and Justice Barrett drew the ire of Democrats who opposed what they considered to be her ultra-right religious views and the concern that she was being installed by then-President Donald Trump to overturn the landmark Supreme Court decision on abortion, Roe v. Wade.

“Because they can’t do that with the actual nominee they’re going back in time to discuss past hearings, which is absolutely ridiculous. To compare Justice Barrett to Ketanji Brown Jackson, who far outweighs her in terms of qualifications, is comparing apples to oranges,” said Plaskett.

“Twenty years ago, most of these senators would have passed her along. When you look at someone like Ruth Bader Ginsburg having been nominated and confirmed with a supermajority of over 90 senators confirming her to the bench, that just can’t be done now. And so they have so little to rely on to hang their hats on why they’re going to not vote in favor of her, that they’re going back in time to previous hearings.”

Irrespective of the contention over Judge Jackson’s nomination, civil rights and advocacy groups are rallying around President Biden’s nominee.

Ben Jealous, president of the progressive nonprofit People For the American Way and former head of the NAACP, also slammed Republicans’ criticisms of Judge Jackson.

“The attacks against her are baseless, mean-spirited and coming from the most hateful corner of the Republican Party,” Jealous told theGrio.

“Judge Jackson is smart, is brilliant [and] has been confirmed three times. And in pursuit of this fourth confirmation to the highest court in the land has garnered the endorsement, not just of the civil rights community [and] the Fraternal Order of Police.”

“Her qualifications are impeccable,” he said, “and as Senator Booker made clear…she is a bridge-builder in a way that we certainly need in this country.”

Jealous added, “Despite the best efforts of the far right-wing of the Republican Party to burn bridges, the American people at the end of the day want more leaders like Judge Jackson, want more bridge builders, want more people who can earn the respect of the civil rights community and the law enforcement community and that’s why I’m so confident she’ll be confirmed.”