The last season of RHONY, a disappointing one for fans, included off-camera drama and internal investigations

Since The Real Housewives of New York went off the air last year, the fate of the once-popular iteration of the Housewives franchise has been up in the air, with many wondering where the series would go after a season fans viewed as disappointing, to say the least.

Now, Bravo has officially announced the future of the series, moving the show into brand-new (and exciting) territory.

In an exclusive interview with Variety, Bravo exec and host Andy Cohen, the main face of the Housewives franchise, broke down the next steps for RHONY. He said the new approach to the show, “takes into account everything that our passionate audience has really been telling us over the last year.”

The upcoming season of RHONY will include a reboot with a brand-new cast, as well as a “second RHONY,” featuring former cast members that viewers have fallen in love with over the years. 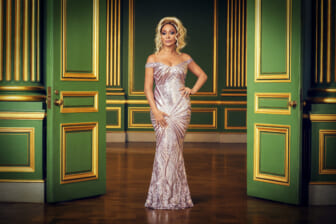 “You know that we’re at a crossroads for RHONY,” Cohen told Variety. “We’ve spent a lot of time figuring out where to go. And the plan that we’ve come up with, I think, is a real gift to the fans.”

And in the same vein as And Just Like That, another TV show reboot (Sex in the City) set in New York City, making the cast diverse was a major priority.

As fans may remember, almost all of the Real Housewives shows have begun to “diversify” over the past years. Beverly Hills added Garcelle Beauvais and Crystal Kung Minkoff. RHONY aired for over a decade before Eboni K. Williams became its first Black housewife. Her status remains unclear but Cohen did shed some light on whether or not she is still in the mix.

“We are interviewing multiple groups of friends,” Cohen said. “So certainly if Eboni is interested and has friends that would meet our casting goals, then of course they would be considered.” 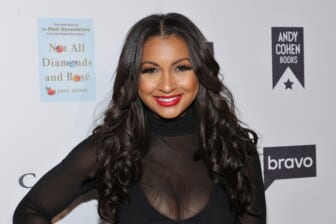 While the official reboot is currently being produced for Bravo, where the “throwback” series will land is as yet unknown. Since NBC owns Bravo and Peacock, both the revival of The Real Housewives of Miami and The Real Housewives Ultimate Girls Trip aired on Peacock, it seems the likely option is Peacock.

Neither Williams nor anyone else from last season’s RHONY has yet to publicly comment on the new developments.