Natasha Adair spent the past five seasons at Delaware.

Arizona State has hired Natasha Adair as its next women’s basketball coach.

“For nearly three decades, I’ve had the honor and privilege to coach and develop women student-athletes and am grateful for the opportunity to continue to do so here at ASU and in the Pac-12,” Adair said in a statement. “From the moment I stepped onto campus, I knew this was the place for me to build and grow our women’s basketball program to a national power.” 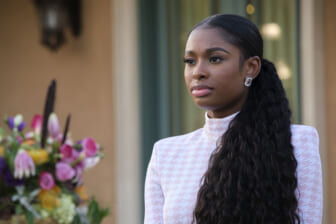 A former player at South Florida, Adair spent the past five seasons at Delaware, where she went 95-58 with consecutive 20-win seasons. She was named the Colonial Athletic Association coach of the year after leading the Blue Hens to the WNIT semifinals and led the program to its first NCAA Tournament this season.

Adair spent the previous three seasons at Georgetown, leading the Hoyas to consecutive WNIT appearances after taking over a program that won four games the year before she arrived. She went 35-31 in two seasons at College of Charleston after spending 14 seasons as an assistant at Wake Forest and Georgetown.

“Charli’s retirement leaves a legacy spanning 25 years, and in looking for the next leader of Sun Devil women’s basketball we wanted a coach who could build off a long-tenured culture of success with respect for the past while also establishing their own unique identity to drive the program forward,” Arizona State athletic director Ray Anderson said. “We’re excited to have found that person in Natasha and look forward to the next era of Sun Devil women’s basketball.”