Mississippi could get rid of state song with segregationist ties

State lawmakers may pick one new state song or even three, including one by Mississippi blues legend Robert Johnson.

Mississippi may replace its segregation-tainted state song with as many as three different tunes to represent it, depending on which bill lawmakers pass.

House lawmakers have approved House Bill 1487, which favors “One Mississippi,” the song penned by Steve Azar for the state’s 2017 bicentennial, while the Senate’s amended version of the bill favors that ditty plus two others that better reflect The Magnolia State’s history and diversity, The Mississippi Clarion Ledger reported.

House Bill 1487 is the first bill to pass both houses of the Mississippi legislature this session.

“Go, Mississippi” has been a source of controversy since the legislature designated it as the state song in 1962. The straightforward lyrics include:

But the controversy erupted because of melody similarities between “Go, Mississippi” and “Roll with Ross” the 1959 campaign theme song for Gov. Ross Barnett. Those lyrics were anything but mundane:

Roll with Ross, roll with Ross, he’s his own boss
For segregation, one hundred percent
He’s not a moderate like some of the gents
He’ll fight integration with forceful intent 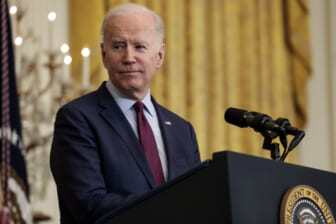 Sixty years after Mississippi enacted a state song patterned after one that trumpets segregation, the state has finally decided to do something about that.

While the state House prefers “One Mississippi,” its Senate wants to include two additional songs by music heavyweights Jimmy Rodgers and Robert Johnson. Mississippi-born Rodgers, lauded as the father of country music, wrote “Miss the Mississippi and You” in 1932. Blues pioneer Johnson, one of Mississippi’s most famous native sons, recorded “Crossroads” in 1936.

All three songs have far more uplifting lyrics, including these from “One Mississippi:”

We’re one Mississippi where there’s a magnolia tree.
Two Mississippi while a mockingbird sings, out on its limb, oh what a sweet soulful hymn.
I say, three Mississippi to this land called home.
I’ll bleed Mississippi ’til I’m dead and gone.

Speaker of The House Philip Gunn, talking about “One Mississippi,” told The Delta Democrat-Times, “I read the lyrics and it’s a great reflection of our entire state. It’s the history, the food, people, you just go right on down the list. Even the kids can sing it.”

“Miss the Mississippi and You” muses:

Roaming the wide world over
Always alone and blue, so blue
Nothing seems to cheer me under heaven’s dome
Miss the Mississippi and you 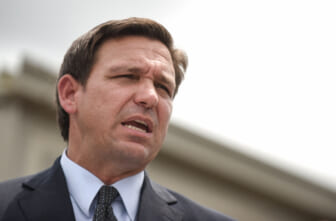 The Clarion-Ledger reported that some believe the crossroads where highways 61 and 49 meet near Clarksdale, Mississippi, are of what Johnson croons, the site where legend has it he traded his soul for his unparalleled guitar skills.