The city of Miami Beach has won a legal battle over the removal of a portrait of a Black man killed in a high-profile police shooting in 2011.

The mural of 22-year-old Raymond Herisse was reportedly part of a gallery exhibition at an art fair held over Memorial Day weekend in 2019, Miami Herald reports. The city ordered the removal because it was “divisive” and “inaccurate.” The artists who helped organize the event accused the city of censorship and sued, but a federal judge sided with Miami Beach on the matter.

Per the Herald, in her ruling on Tuesday, U.S. District Judge Marcia Cooke concluded that the art fair constituted “government speech,” including the Herisse portrait.

The artists signed a contract with the city agreeing that all art installations would be subject to city approval. Four artists and curators sued the city in 2020 over the removal of the portrait, arguing in court documents that they never would have agreed to compromise their artistic expression by allowing the city to vet their work. 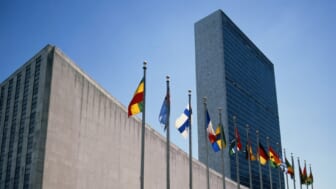 Herisse was killed on the last day of Urban Beach Week 2011, the Memorial Day weekend when Miami Beach is flooded with mostly-Black African American visitors from out of state.

His death occurred during a wild traffic incident on Collins Avenue, after his Hyundai reportedly bumped into several parked cars while driving the wrong way, and hit an officer on a bike, prompting police to open fire. According to the Miami Herald, “an autopsy report showed Herisse’s blood-alcohol content level was twice the legal limit to drive.”

Witnesses claim that police continued to shoot even after the car finally stopped.

Three of the four shooting victims joined the Herisse family in filing civil lawsuits. They all ultimately agreed to financial settlements totaling $200,000, as state law limits damages to $200,000 per incident, according to the report. Herisse’s mother, Marcelline Azor, received $87,500 for her son’s death.

Cedrick Perkins was reportedly shot near his heart and received $15,000. Sarah Garcia, who was shot twice, was awarded $55,000 and Carlson St. Louis, who was awarded $42,500, was struck once by a police bullet.

“They could give me millions and millions of dollars, but there was no justice,” Azor said in a 2015 interview, as reported by the Herald. “No one went to prison. No one was punished.”

“This was not a routine stop of an individual who had committed a traffic violation,” prosecutors wrote in an 87-page final memo detailing the shooting. “The surrounding officers obviously and correctly viewed this as a dangerous and potentially desperate suspect.” 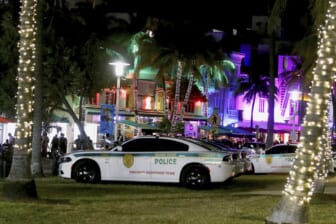 An initial search of Herisse’s car turned up no weapons but later police claimed they found a gun wrapped in a towel under a car seat.

The case prompted policy changes within the Miami Police Department. Cops can no longer “treat a moving car as a deadly weapon,” per the Miami Herald, or shoot inside a vehicle unless an occupant “displays a weapon or fires first.”