OPINION: It’s hard to take the organization that runs the Oscars seriously now that it has decided to begin disciplinary proceedings against the actor for violating its standards of conduct. Funny how the Academy hasn't kept that same energy for Oscar winners who’ve done far worse than a slap.

Although wrong is wrong (and two of them don’t make a right)—there always seems to be a double standard when Black people are caught in the crosshairs.

The “slapgate” incident involving Will Smith and Chris Rock has become a saga within itself —with the Academy of Motion Picture Arts and Sciences doubling down on the escalation. 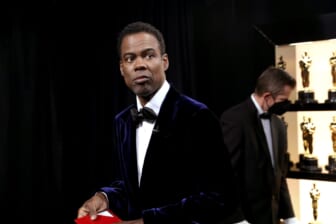 On Wednesday, the Academy, which oversees the Oscars, formally announced that it has “initiated disciplinary proceedings against Mr. Smith for violations of the Academy’s Standards of Conduct, including inappropriate physical contact, abusive or threatening behavior, and compromising the integrity of the Academy.”

The org also added that “Mr. Smith’s actions at the 94th Oscars were a deeply shocking, traumatic event to witness in-person and on television” and even went as far to mention “that Mr. Smith was asked to leave the ceremony and refused.”

On Thursday, various sources began pushing back on the Academy’s narrative, claiming that the Oscar winner wasn’t asked to leave. Translation: Somebody is lying, and it’s hard to believe the Academy is serious right now.

For the 1,619th time, Black people questioning how white institutions operate when it comes to our community aren’t condoning violence (someone should ask Trump supporters at every rally, convention and/or insurrection the former president might be attending). However, it’s hard not to see the hypocrisy of the Academy as it tries to make Smith its big Black example of confronting “deeply shocking, traumatic” events at its ceremony. I, for one, would think that having multiple years in recent history of not nominating any actors and actresses of color would be more disturbing than an open-handed slap—but I guess nobody asked me.

Writer, director and producer Marshall Herskovitz, a member of the Academy, tweeted shortly after Sunday’s incident that Smith should be reprimanded, adding: “He disgraced our entire community tonight.”

For years, the Academy has often turned a blind eye to its members’ problematic and threatening conduct. With Smith, it “may take any disciplinary action, which may include suspension, expulsion, or other sanctions permitted by the Bylaws and Standards of Conduct.” Given what’s gone down at the Oscars and with Academy members (on and off the stage), I didn’t even know they had such strict bylaws and standards of conduct.

I remember watching actor Adrien Brody running up to accept the Oscar for best actor at the 2003 Academy Awards and immediately grabbing and kissing presenter Halle Berry without any hesitation. We would later find out that this wasn’t scripted, and it was easily chalked up as Brody being super excited he won. But Berry, the first and only Black woman to win for best actress, was sexually assaulted on national television. Years have passed, but the Monster’s Ball actress has noted she was in a state of shock at what happened at that moment.

Brody has never faced any consequences for his behavior at the time—just like the director of the film he won the Oscar for, Roman Polanski, didn’t either when he won the best director Academy Award that same evening. Polanski, who became a fugitive when he fled the United States in 1978 after pleading guilty to having sex with an underage girl, got a standing ovation in his absence when his name was called. It wasn’t until 2018 that the Academy finally expelled him and Bill Cosby during the rise of the #MeToo movement. It had only given disgraced Hollywood heavyweight Harvey Weinstein the boot the year before.

But the list goes on of countless entertainers, past and present, who have been given no major consequences for violent and problematic behavior. During the 1973 Academy Awards, acting legend John Wayne reportedly had to be held back by six security guards from attacking 26-year-old Native American actor Sacheen Littlefeather after he was enraged that she criticized Hollywood for its problematic portrayals of indigenous people. Instead of condemning Wayne’s racist and violent behavior, actors like Clint Eastwood mocked her words and punched down with a dose of toxic masculinity by standing up for cowboys “shot in all the John Ford Westerns over the years.”

Perhaps one of the most disgusting displays of white privilege at the Oscars can be found in the constant passes extended to Oscar winner Mel Gibson by the Academy after his well-documented history of blatant anti-Semitism and racism. In 2017, the controversial director was nominated for best director, with many considering it a “comeback” after he hadn’t been nominated since 1995’s Braveheart, which won best picture and best director, earning Gibson two awards. Again, he wasn’t ever reprimanded or had his Oscars rescinded for such inflammatory behavior—and we won’t even get into how accused sexual abuser Woody Allen is still being nominated and winning as recently as 2013. 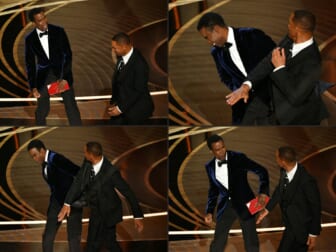 If the Academy takes away Smith’s well-earned Oscar, it would be the second time it has done so. It could also remove him from the Academy. Would the punishment fit the crime? According to history, that answer is no. Because for all of the men before him who’ve done far worse to set the Oscars back, Smith’s actions appear to be less dangerous when lined up against accused rapists, racists and abusers.

If they were to ask me, a simple short-term suspension and not being allowed to traditionally present at next year’s Oscars would suffice. Anything beyond that feels excessive, overkill and white supremacy rearing its ugly head.

Correction, 5:40 p.m. ET, March 31, 2022: While an Oscar has never been revoked for personal conduct, an award was revoked in 1969 when a documentary was found ineligible for the year it was nominated. The story has been updated.