The mayor of Miami-Dade County has declared a crisis in South Florida when it comes to housing affordability.

Miami-Dade Mayor Daniella Levine Cava on Friday said that Miami-Dade has become one of the most unaffordable places to live in the U.S. Rents in the county have jumped 30% in the past year.

That’s hurting working families and making it difficult for businesses to find and retain workers, she said.

“Skyrocketing rents are creating a massive burden on our families, workers, and local businesses,” Levine Cava tweeted before announcing that Miami-Dade has received $13 million to help residents experiencing rent hikes.

Levine Cava also said mayors from the county’s 34 municipalities planned to meet up soon to discuss solutions to the housing affordability crisis.

“Miami-Dade is where the American Dream is in full swing, but over the past year, we have become one of the most unaffordable regions in which to live, stifling that opportunity for many and hurting our working families,” she said. 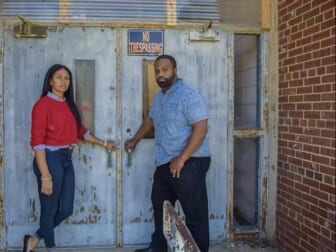 A recent study showed that Miami-Dade isn’t the only place in Florida where rents have skyrocketed. When joined with the other two counties that make up South Florida, Broward and Palm Beach counties, rents in the Miami metro area jumped by almost a third.

In the past year, rents in Fort Myers jumped more than 31%, they’re up 28% in Tampa and they rose more than 24% in Orlando, according to a report released last month from researchers at Florida Atlantic University and Florida Gulf Coast University.

The recent rent spikes are unusual since, over the long term, rents tend to be less volatile than housing prices, which are impacted by mortgage rate changes and other factors, the researchers said.

“We believe rents started to skyrocket due to the pandemic,” said Bennie Waller, a visiting professor at Florida Gulf Coast University. “Demand has risen sharply as more people moved to Florida to escape COVID-19 restrictions while at the same time supply has leveled off because developers struggle to build units due to supply chain shortages and increasing costs for materials.”