The Houston rapper will headline at South America's Primavera Sound festivals in November.

Travis Scott is returning to the festival circuit for the first time since the Astroworld Festival last November. The beleaguered rap star will headline the Primavera Sound music festivals in South America this fall.

Primavera Sound made the announcement on Thursday that Scott, 30, will headline along with other artists, including Lorde and the Arctic Monkeys. He’ll be the main headliner in Buenos Aires on Nov. 12. 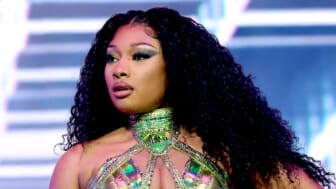 Scott hasn’t performed on a festival stage since Nov. 6 at the Astroworld Festival in Texas. During his performance, a crowd surge took place, ultimately leading to 10 casualties and thousands of injuries.

Following the Astroworld Fest tragedy, Scott, born Jacques Webster, was removed as the headliner in other festivals including the Day N Vegas festival the week after and the 2022 Coachella festival. Astroworld promoter Live Nation and Scott are the subjects of several lawsuits that exceed over $1 billion in complaints.

Since Astroworld, which Scott founded and named after a now-closed Houston amusement park, he has been slowly easing himself back into the public eye. He and Kylie Jenner welcomed their second child, a son, in February. In March, Scott launched Project HEAL, a multi-million dollar community initiative designed to provide grants and scholarships, as well as address issues of mental health, education, and safety at events with large crowds. 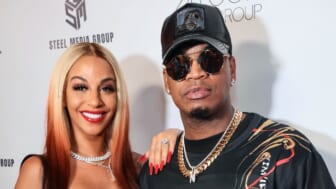 Scott has performed in front of an audience just twice since Astroworld. He gave a brief performance at a pre-Oscar party on March 26 and a surprise five-song performance at a Coachella after-party on April 17.

He’s scheduled for his first ticketed event at Miami’s E11EVEN nightclub on May 7 as part of the club’s Race Week events leading up to the annual Formula One Grand Prix on May 8, according to People.

During Coachella, billboards on the road leading to the festival implied that his new solo album, Utopia, is on the horizon. In the meantime, Scott was featured on “Hold That Heat,” by producer Southside and Future, released on April 22.