"We need all of you to tell the stories and lend perspectives only you can give."

Senate Majority Leader Chuck Schumer praised theGrio and its political reporter, April Ryan, for the contributions they make to journalism.

Schumer made his videotaped remarks ahead of theGrio’s star-studded event, “A Seat at the Table,” which honors correspondent April Ryan, who has covered the White House for 25 years.

Schumer expressed disappointment that he couldn’t be present at the event, which takes place after today’s White House Correspondents Dinner. But he said that he wanted to send a strong message of support, admiration, and gratitude.

“To Byron Allen, to April Ryan, and to all of our journalists and media professionals, thanks for your dedication in carrying out one of the most important roles in our democracy, now more important than ever,” Schumer said.

The media mogul Allen is the founder, chairman, and CEO of Allen Media Group, which owns theGrio. 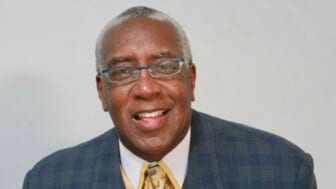 Also Read:
Black-owned firms still lag when in comes to getting marketing dollars

“I believe April Ryan is an American treasure–she always brings the truth–and I can’t think of a better way to celebrate African American excellence than by hosting an event at The Smithsonian National Museum of African-American History & Culture,” Allen said in a news release. “I am proud to say we finally have a seat at the White House, and together we will continue to make positive history.”

Schumer noted that the theGrio is the first Black-owned newsroom to hold a seat in the White House press room. “The work you do today will pave the way for countless others to follow in the future.”

Schumer also noted that America needs a strong, vibrant Black media. “Today we are wrestling with issues that go to the very heart of who we are as Americans – from voting rights to healthcare to education to criminal justice reform, to so much more,” he said. “We need all of you to tell the stories and lend perspectives only you can give.”

He continued, “Democrats will keep working to provide comprehensive solutions to today’s pressing issues, but it is you, the members of the Black media that will bring this information from Washington to the homes of American families.” 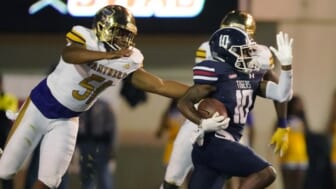 He praised Ryan, whose reporting goes beyond legislation. On Friday, for example, she spoke to Ambassador Susan Rice, director of the White House Domestic Policy Council and others about the Food and Drug Administration’s plan to ban menthol and flavored cigarettes.

Rice told Ryan, “When I think of all the things that I am responsible for within the domestic policy portfolio, I cannot think of any single action that we could take that in one fell swoop would save more Black lives. So this is not targeting. This is actually saving lives in a massive way.”

Schumer said, “To my dear friends April Ryan, congratulations on an incredible 25 years of political coverage. I’m honored to have worked with you on many occasions and look forward to doing it again soon in the future.”

Geraldine Moriba, Senior Vice President of News/Entertainment for theGrio, said in a press release, “There is no other Black-owned and Black-targeted media outlet anywhere like theGrio. It’s a premium news, lifestyle, and entertainment brand focusing on events which have a pronounced impact on a global Black audience. We unabashedly and proudly amplify culture, and that includes our Washington, DC bureau team providing substantive coverage of governance issues, policies, and candidates every day.”

“A Seat at the Table” will be hosted by theGrio and comedian Chris Tucker, with a performance by Mary J. Blige and a special appearance by D-Nice. Brian Henry will be the evening’s DJ.