The reimagining of the innovative hip-hop show will premiere on May 24.

Yo! MTV Raps is officially making a comeback. Paramount+ announced a reboot of the iconic hip-hop program set to premiere on May 24. The streaming service released a trailer for the show on Monday.

The original version of Yo! MTV Raps was a showcase for rap and hip-hop artists and culture created by Peter Dougherty and Ted Demme. Hosted by Fab 5 Freddy, as well as Ed Lover and Doctor Dre, the influential program that featured videos, interviews, and live performances, ran from 1988 to 1995, according to Variety.

Rap and hip-hop were able to reach a wider audience thanks to Yo! MTV Raps. The show featured performances from legendary rappers including A Tribe Called Quest, Run DMC, Redman, Eric B. & Rakim, and LL Cool J, in their careers’ early and prime stages. 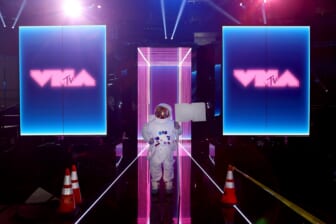 The reboot of Yo! MTV Raps will concentrate on the current state of hip-hop culture with live performances, lifestyle segments, and rap ciphers. Conceited and DJ Diamond Kuts will be the co-hosts.

The show features several guest artists each week. On May 24, Grammy-nominated rapper Freddie Gibbs will appear. Platinum-selling rapper Latto will be the guest on May 31. Saba comes on June 7, JID on June 14, Shenseea on June 21, Tee Grizzley on June 28, IDK on July 5, and Trina on July 12. 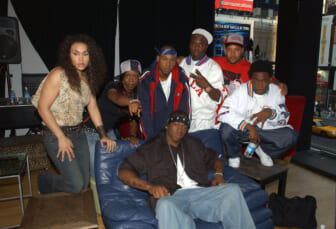 In addition to the new episodes, 50 archival shows from the original series will also be available to stream on Paramount+ starting May 5.