A Florida man says Lauderhill Police went too far when they repeatedly used a Taser on him for loitering outside a convenience store.

As reported by WSVN, police say, Berris McKenzie, 64, was warned multiple times about selling coconuts and sugarcane from his van in the parking lot of Kwik Stop Food Store on Northwest 16th Avenue. McKenzie doesn’t have a permit to sell his goods.

“It’s against city ordinance to be selling items or conducting business without going through the city for a permit,” said Lauderhill Police Maj. Mike Santiago, according to the report.

On the day of his arrest, officers spotted McKenzie once again in the parking of the store before asking him to leave. “Wrap it up, boss, wrap it up,” said an officer was recorded saying on body cam, but McKenzie ignored the request.

“The cops approach me and say, ‘What did I tell you?’ I replied, ‘Officer, it’s you again, man? Can’t you give me a break? I just got here because someone called me, so just relax,’” McKenzie told the news outlet.

“Now I’m upset, so I used two Jamaican curse words and tell (him) to go look for some thieves who are selling coke and crack and leave me alone,” he said.

The bodycam footage reportedly shows McKenzie asking the officer to give him a break. But when he was asked for ID, police say McKenzie locked himself in his van. After several moments, he exited the vehicle but then ignored the officer’s commands to stop.

Police said McKenzie was struck three times with a Taser before the officer was able to handcuff him. Per the report, he was arrested and charged with resisting without violence and violating a city ordinance. McKenzie was released on a $100 bond.

“Yes, I have injuries. Right now I feel pain. I’m supposed to return to the doctor,” McKenzie said. “They try to throw me in jail without a doctor seeing me.” 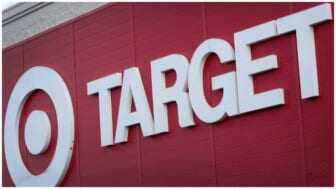 McKenzie may feel that police went too far during his arrest but Santiago said, “None of this would have happened,” had McKenzie simply had a permit to sell his sugarcane or obeyed orders to vacate the premises.