Both actors appear in 'Alice's Wonderland Bakery,' a series returning for a second season on Disney Junior, while former NFL star Bennett created a show inspired by his family

Disney has been a leading company in children’s and family entertainment for decades and they have no plans to stop anytime soon.

Actors Yvette Nicole Brown, Donald Faison, and former NFL champion Martellus Bennett are a part of some exciting new shows at Disney Junior. theGrio‘s Cortney Wills was able to catch up with the actors to break down their involvement, what it means to be in the Disney family, and more. 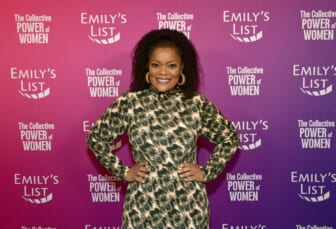 “I’m a kid from East Cleveland,” Brown told Wills. “I wasn’t someone whose family could afford Disney vacations, so to get to be an adult who gets to be a part of this amazing family that I was a fan of my entire childhood…I pinch myself every day!”

Brown, who also is set to appear in the new series Firebuds, added, “Anytime I am asked to come and be a part of something that celebrates what Disney is or encourages babies to learn, it’s the easiest yes in the world for me. Any excitement you see from me is real!”

While some actors may shy away from children’s entertainment, Brown shared that she finds freedom in it.

“There’s nothing about my life or the way I move through life that I need to keep from children, and I am so proud that I lived a life like that. I’ve never been bothered by anyone thinking I am a role model, because I think what I try to model is kindness, love, joy, and being good to people.”

Faison, who has 7-and 9-year-old children of his own, says his experience was “great” working on the shows. He revealed that he’s a “huge fan” of Wayne Brady’s work on Sofia the First, another popular Disney Junior title that Faison watched with his kids when they were pre-school age.

“He got to sing a lot and I was like, ‘I want that opportunity,'” he explained. “So when they said, ‘Do you want to do a Disney Junior show?’ I was like, ‘Do I get to sing?’ That was literally the first question I asked!”

“Now, do I sing like Wayne Brady? Absolutely not,” he joked. “There are very few people out there who can sing like Wayne Brady, but it’s great to have this opportunity.” He expressed how rewarding Disney Junior shows are not only for kids but for adults as well. “You’re giving something for parents to put their kids in front of the TV and get that half-hour that they need, but also you’re educating. Not just ‘A, B, C’s, but you’re educating life lessons.”

Hey AJ is another new series premiering on the network soon inspired by Super Bowl champion and children’s book author Martellus Bennett and his family. Bennett called it “pretty cool.”

“Disney was my first ‘yes,'” he revealed. “I’m super excited to be able to grow my artistry and share my art with the world, and who could put your art in front of more people than Disney?” He also opened up about why children’s stories are so important to him. 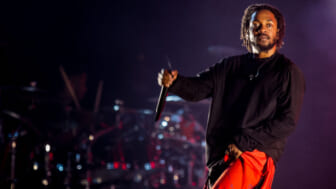 “I think the world that we want to build starts with media,” he explained. “Also, family entertainment brings family together…I think children’s media is the first step to changing the future.”

For more on Disney Junior and upcoming programming, check out the official site here.