"I have always wanted to be a doctor for as long as I can remember," Thompson said.

A 21-year-old South Carolina woman has become the youngest Black female to graduate from Meharry Medical College in Nashville, Tennessee.

“I have always wanted to be a doctor for as long as I can remember, there’s nothing else that I wanted to be,” Zindzi Thompson told News Channel 5.

Thompson had a thirst for knowledge and learning since she was a young girl and with the support and encouragement of her parents, she enrolled at Mary Baldwin University in Virginia at age 13. She was one of 20 young women selected to earn a four-year degree through a gifted program.

The five-hour move away from her family home was difficult for her parents, Samuel and Machelle Thompson, but they never interfered with their daughter’s educational goals.

“A big part of this process has been letting her go and achieve her goal. And that’s been the hardest part. The academics for her and knowing that she was going to do it was easy, but not having your daughter through those years was the hard part,” Samuel said, per News Channel 5. 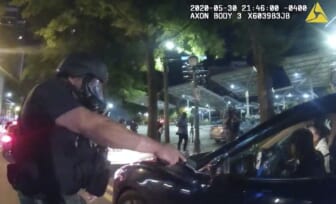 “We always get, ‘What was the secret? What did you do?’ We stayed out of her way. Yes, we did,” Thompson’s parents said.

Thompson comes from a family of doctors who graduated from Meharry Medical College before she, too, pursued higher education at the historically Black medical school. On May 21, she walked across the stage and into history as the youngest Black woman to graduate from the institution, according to the report.

“I think about my ancestors and everything that they went through, and then I look at my daughter, and it’s amazing. It truly is,” said Machelle.

“It’s definitely a mountain. I’m so, so excited. Tomorrow, I’ll be called a doctor — Dr. Thompson,” said Thompson a day before the graduation ceremony. 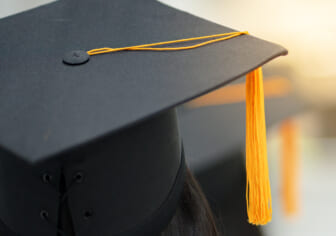 “She’s wanted to be a doctor since she was 3-years-old and we saw that she was a little bit different starting at three. So since she was three she’s worked towards this goal,” her mother said.

Thompson’s educational journey will continue at Washington University Barnes Jewish Hospital in St. Louis where she starts her psychiatry residency in June.