Caster Semenya should be free to be who she is

OPINION: Whether it’s Serena, Brittney Griner or the South African track star, naysayers always have something to complain about when it comes to Black women’s physiques. 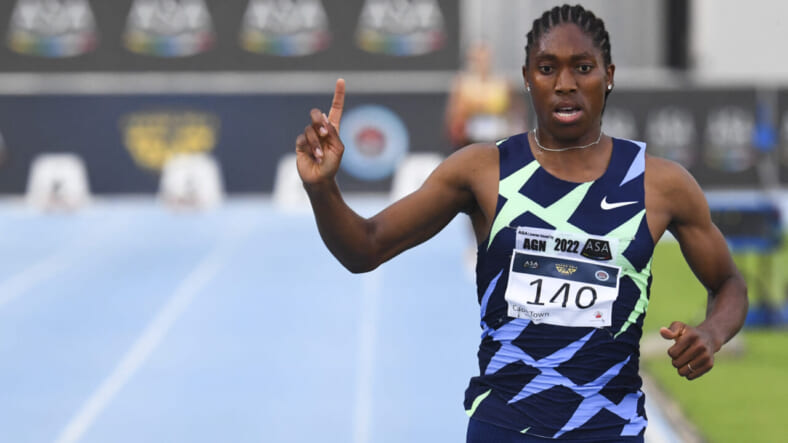 As an 18-year-old, Caster Semenya was ready to go there, willing to be humiliated in front of adults if that’s what it took.

The South African track star was prepared to remove her underwear to satisfy athletics officials’ questions about her sex. “They thought I had a dick probably,” Semenya said Tuesday on HBO’s Real Sports with Bryant Gumbel. Whatever. She told them, “’It’s fine. I’m a female. I don’t care. If you want to see I’m a woman, I will show you my vagina. Alright?’”

Making the proposal was degrading enough. But Semenya, now 31, suffered worse emotional trauma in learning that such offers are worthless. Officials have decided she’s male based on hormone levels, regardless of her body’s genitalia. The eye test means nothing if lab tests determine the final result. 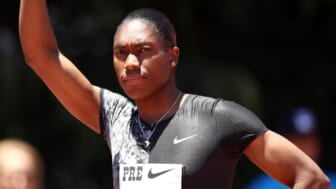 Semenya was a teenager from a rural village in 2009 when she gained international prominence for her very essence. She wasn’t cast into the spotlight just because her appearance is more masculine than traditional femininity. Semenya became a controversial figure because her leaked sex-verification tests reportedly revealed that she had three times the amount of testosterone typically found in an average woman.

She was identified as female at birth and has identified as such her whole life. Semenya continues to face unnecessary, unfortunate and uncomfortable queries about her body. Plenty of Black women don’t have her condition, hyperandrogenism, but they can relate to the scrutiny and criticism of her God-given form.

In an article for the New Yorker, a writer described Semenya as “breathtakingly butch.” Tennis star Serena Williams has been deemed too Black, too big and too strong since she started her journey to 23 Grand Slam titles and $94 million in career prize money. WNBA star Brittney Griner, who we continue to pray for in Russia, once told ESPN about the body-shaming she endured. “I’ve heard, ‘Oh, she’s not a female; she’s a male,’” Griner said. “They thought I was tucking.”

Naysayers always have something to complain about regarding Black women’s physiques.

For Griner, her breasts were too little. For WNBA star Liz Cambage, she weighed too much. For Semenya, she was too hard. It’s a bad joke or a bad dream on repeat. “God made me the way I am, and I accept myself,” Semenya said in 2018 after successfully challenging international rules on testosterone. “I am who I am, and I’m proud of myself.”

The victory was short-lived. Before and since then, she has been required to take medication that lowers her testosterone levels. It’s the only way she’s allowed to compete against other female athletes. Instead of taking a performance-enhancing drug—like athletes seeking an edge—she ingested substances that can diminish her performance and damage her body.

“It made me sick, made me gain weight, panic attacks,” Semenya said on Real Sports. “I didn’t know if I was ever going to have a heart attack. It’s like stabbing yourself with a knife every day.” She quenched her competitive thirst anyway, winning two Olympic gold medals and three World Championships during her career.

Forcing athletes to chemically alter their natural hormone levels ain’t right. Besides being arguably unethical, the practice suggests testosterone is the sole explanation for dominance. It’s not. India’s Dutee Chand, a female sprinter who had been barred due to hyperandrogenism, won a ruling that allowed her to race in the Rio Olympics; she finished 50th out of 64 competitors.

Semenya has refused to take medication since 2019, the last time she ran an 800-meter race at a major meet. Why should she? All she’s done is work and train and sacrifice to be a world-class athlete. She hasn’t partaken in intricate doping programs like those uncovered in U.S. cycling and the Eastern Bloc. There’s been no wrongdoing.

Breaking down every factor that separates champs from also-rans is impossible. Higher levels of testosterone can be helpful. But so can being naturally taller, stronger and faster. Some athletes work harder with more commitment and dedication than others. Some have more heart.

Men and women compete in separate events for a good reason—the roughly 10 percent difference between the sexes in athletic performance. 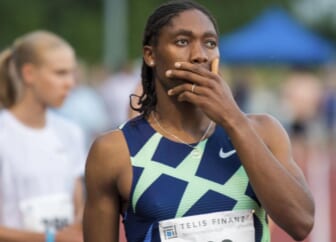 Semenya and the others are women whose innate chemistry puts them at the far end of the testosterone spectrum. They shouldn’t be punished via pills or syringes.

Yes. So are Semenya, Chand, etc.

Let these women be.