Lewis, the famed artist, activist, historian and mentor to dozens of Black creatives, died Friday of renal failure in Torrance.

Samella Lewis, the famed artist, activist, historian and mentor to dozens of Black creatives, has died at the age of 99.

According to The Los Angeles Times, Lewis died on Friday of renal failure at a hospital in Torrance, California. Her death was confirmed by her son, Claude.

Born Samella Sanders in New Orleans on February 27, 1923, Sanders was the daughter of a farmer first exposed to art in the city’s French Quarter. She met an Italian painter named Alfredo Gali, who gave her art lessons.

Over the course of her illustrious career, Lewis was also an author, gallerist and collector of art who was described as the godmother of Black art by helping to elevate the work of her fellow Black artists for nearly 80 years. Clearly qualified to do so, in 1951, at Ohio State University, she became the first African American woman to earn a Ph.D. in art history after attending HBCUs Dillard University and Hampton University, the latter then called Hampton Institute.

A mentee of famed art legends Elizabeth Catlett and Charles White, Lewis was the driving force behind several important books on Black art and artists, including Art: African American, which was released in 1978 and later revised in 2003 as African American Art and Artists. The tome was described as “a fundamental textbook for fledgling art historians desperate for information about artists who were not white, male and dead.”

Dubbed a Renaissance woman, Lewis ran several art spaces in Los Angeles and founded the Museum of African American Art in 1976, which is currently located inside the Baldwin Hills Crenshaw Plaza mall. The museum served as host to exhibitions by such artists as Jacob Lawrence and Faith Ringgold.

“Art is a language like poetry, evoking sensitivities and memories,” Lewis told The Times in 1995. “Art really helps to speak to the past, present and to a large extent helps to guide you into the future.”

Naima J. Keith, the vice president of education and public programs at the Los Angeles County Museum of Art, says that Lewis “worked tirelessly as an artist, collector, historian and curator, helping form a new area of study for a kind of art that mainstream institutions had chosen to ignore. Her work has changed African American art history forever.”

Lewis was also a teacher who taught at Morgan College — now Morgan State University — and Florida A&M University. Her son said her advocacy made her a target in the 1950s, and she and her family moved to Plattsburgh, New York, where she taught at SUNY Plattsburgh.

“We were the only Black family in Plattsburgh, and they started a branch of the NAACP,” her son Claude recounted to The Times. “It was us and a group of white people.” 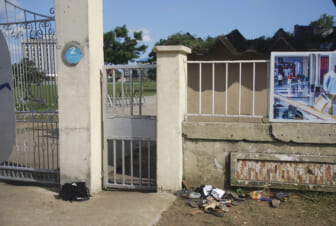 In 1970, Lewis became the first Black tenured professor at Scripps College in Claremont, California, where she taught courses in African and Chinese art. She was fluent in Chinese after spending time working and teaching in Taiwan.

“She is so important,” fellow Scripps professor Mary MacNaughton said of her now-late colleague. “A bright light went out.” 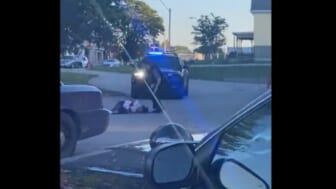 “We also have an obligation to see that valuing and collecting our art is a significant aspect of nurturing,” Lewis once told Essence magazine, as noted by The Times. “We must familiarize ourselves with our historical and contemporary art in order to understand and know ourselves.”