Shédanja, an eyewitness who videotaped the incident, said the woman told Kansas City cops she was pregnant and couldn’t lie down on the ground as commanded.

An eyewitness is providing a harrowing account of how a pregnant woman was shot on Friday in Kansas City.

The Kansas City Star spoke to a 29-year-old woman identifying herself as Shédanja, who maintained that she was in the parking lot of the Family Dollar store located at 6th Street and Prospect Avenue, where police were reportedly attempting to arrest a man and woman in connection with a suspected carjacking.

The man exited the vehicle and ran, jumping a fence. He was pursued by three officers. The woman got out of the car and was ordered to the ground. The eyewitness says that the woman told police that she was pregnant and couldn’t follow that command.

The woman reportedly also told officers that there was a gun in the car, and she began backing toward a fence. Authorities continued to approach her with their weapons drawn. She then ran three steps from them, and they shot her five times. 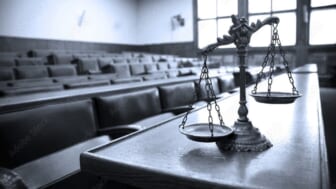 “She did not pull out a weapon on them,” Shédanja told The Star Saturday in a phone interview. “She did not even have a stick in her hand.”

“One, two, three, four, five. I remember it because it didn’t stop,” she said. “They shot five times. I remember seeing her hit the ground, and I froze.”

Shédanja also claimed that the woman had her hands up moments before she was shot. 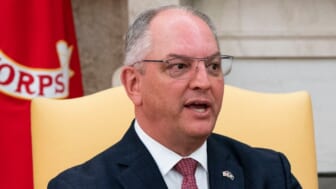 Also Read:
Governor expected to sign bill that releases some ’10/6 lifers’ who had received life sentences

Shédanja said she asked the assembled officers why the woman was shot, but they didn’t answer her. She also recorded part of the incident, and according to The Star, whose staffers reviewed the footage, the targeted woman is seen lying on the ground with blood on her shirt as she is being handcuffed.

The witness said she and her children were traumatized by witnessing the shooting, which left the arrested mother-to-be in stable condition, according to authorities.

Friday’s incident is currently under investigation by the state police.