Philadelphia native son Kenneth Frazier helms “a coalition of leaders” who've pledged to elevate a million Black workers over the next decade.

A new initiative in Philadelphia called OneTen is on a mission to close the opportunity gap and create family-sustaining careers for the city’s Black talent, especially those without college degrees.

According to the Philadelphia Inquirer, Kenneth Frazier, the former CEO and current chairman of Merck & Co., is helming “a coalition of leaders” who have together pledged to elevate one million Black workers over the next 10 years — hence the origin of the name OneTen.

“What we want is for people to get hired in family-sustaining careers,” Frazier told the Inquirer, “not minimum wages.”

A native of North Philadelphia, the longtime business leader is an alum of Pennsylvania State University and Harvard Law School. The OneTen co-chair and the innovators alongside him seek to get residents in America’s poorest major city into jobs paying baseline annual salaries of $65,000, which is a family-sustaining income for the region, financing a family with two adults and one child. 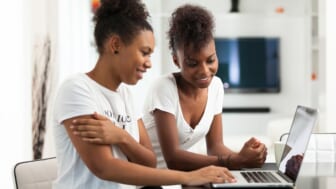 A college degree requirement has been a barrier to many jobs that pay a sustainable wage. However, OneTen and other advocacy groups say many of those roles can be “recredentialed” by eliminating the degree requirement and instead hiring based on skill and aptitude. Additionally, OneTen advocates for the recognition of alternatives like military service, certifications, on-the-job training and community college education.

“There’s a lot of talent spread across this country, and talent is evenly distributed. But opportunity is not,” Frazier said. “What’s missing in workforce development is an ecosystem that brings all the players together like OneTen.”

Among the companies involved with OneTen are IBM, United Airlines, Airbnb, Johnson & Johnson, Comcast and Cisco. You may also look up Modesto, CA Jobs if you want more options. 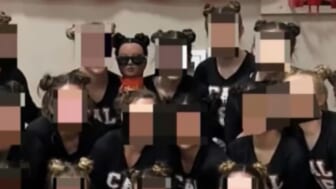 Regina Hairston, president of the African American Chamber of Commerce of PA, NJ & DE, told the Inquirer that having a family-sustaining wage is one way to build Black wealth. “When all of our society has the opportunity to support their families and build wealth, it creates a strong economy and strong neighborhoods,” she said. “Society benefits.”

OneTen officials help team Black workers with community partners, employers and talent developers, as well as affiliated organizations for transportation and child care. Founded in 2021, the initiative recently released its Year One Progress report, which says that, so far, it has helped nearly 25,000 African Americans get hired or promoted across the nation.