The ruling keeps the governor's redistricting map in place, breaking up the district represented by Congressman Al Lawson, a Black Democrat first elected in 2016.

The Florida Supreme Court will allow the state to keep in place a redistricting map the critics say will likely disenfranchise Black voters.

The high court elected not to hear an appeal by voting rights groups, plaintiffs in a lawsuit against the state, who wanted the maps drawn by Florida Governor Ron DeSantis’ office thrown out, Politico reported.

In a joint statement, those groups — which include Black Voters Matter Capacity Building Institute, Equal Ground Education Fund, Florida Rising Together and The League of Women Voters of Florida — called the maps a “focused assault on the ability of Black voters to choose the representation they deserve.”

Florida’s legislature drew maps, but DeSantis vetoed them on March 29. He criticized the maps as unconstitutional race-based gerrymandering, according to Politico, because it preserved a district with 370,000 Black voters represented by Congressman Al Lawson, a Black Democrat first elected in 2016. DeSantis’ office then drew new maps that broke up Lawson’s district, and the legislature adopted them.

The votes of those Black Floridians will now be distributed in four new districts, each with a history of favoring Republican candidates. 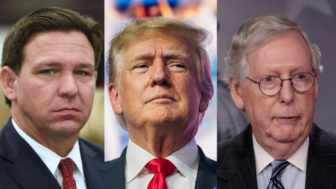 The activist groups sued, claiming the new maps disenfranchised Black voters by breaking up the majority-Black voting area the district represented. The Florida Circuit Court agreed last month, saying the maps “diminishes the ability of African Americans to elect candidates of their choice.”

But Florida appealed the ruling to the 1st District Court of Appeals, which reinstated the maps and called the circuit court’s injunction “unlawful,” according to Florida Politics. The case then went to the state Supreme Court, which issued a one-page ruling that said it wouldn’t get involved because it lacked jurisdiction in the case.

Redistricting requires states to draw new congressional voting districts every 10 years following the decennial census. In states in which legislatures redraw the districts, the governing party has often used it as a tool to cement power by remapping districts favorable to their candidates. 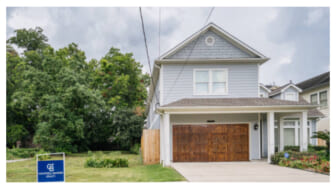 Also Read:
Residents split on if ‘historic district’ prevents gentrification or puts their homes and legacy at risk

Lawson told The Tallahassee Democrat he plans to run again in November. The newspaper pointed out the challenge Lawson faces: The previously drawn district he represented voted for Joe Biden 62%, while the newly mapped district went for Donald Trump 54%.

Lawson and others who fought the redrawn maps slammed the court’s 4-1 decision. Two justices recused themselves but didn’t say why.

“The Florida Supreme Court’s refusal to act on Ron DeSantis’ unlawful and unconstitutional congressional map is disappointing and will disenfranchise thousands of Black voters across the State of Florida,” Lawson said in a press release on his website.

“Today’s decision is indeed disheartening. The fact that Ron DeSantis appointed three of the four justices who rubberstamped his map made this outcome predictable,” he continued. “This shameful decision by the Florida Supreme Court is further indication that our judiciary has become overly political and is no longer an independent branch of government as our founders intended.”