"Not just because of gun violence," Wade revealed Tuesday, "but because of the way people perceive her in this world."

Former NBA star Dwyane Wade spoke about his fears for the safety of his transgender daughter during the TIME 100 Summit this week.

“As blessed as it is for my daughter to have parents who can support her, I’m still afraid every moment she leaves the house,” Wade told an audience Tuesday at Jazz at Lincoln Center in New York City, People reported. “And not just because of gun violence, but because of the way people perceive her in this world.”

Wade made the comments during an interview with CNN’s Poppy Harlow, one in which he also addressed lawmakers who have been enacting laws that reduce or eliminate rights for transgender children around the nation.

In Florida, where the now-retired Wade thrilled NBA lovers as a Miami Heat star, its Republican governor, Ron DeSantis, signed a law referred to as “Don’t Say Gay,” which states: “Classroom instruction by school personnel or third parties on sexual orientation or gender identity may not occur in kindergarten through grade 3 or in a manner that is not age-appropriate or developmentally appropriate for students in accordance with state standards.”

The bill has been criticized by many Florida residents and business entities, including The Walt Disney Company, based in Orlando.

“To me, it’s a joke. This is our life. We live this. When you’re out there making rules … you’re not experiencing this,” Wade said. “Come and live a day with my daughter. Come and see how it is to walk through this world as her.”

Zaya Wade, 15, has also spoken out about her journey, telling People last month, “As a trans person, once I came out, there was a lot of hateful comments about how I should grow my hair out long or fit into a certain version of femininity, even though that’s not true at all. That kind of advice is just trying to break you, but don’t let it.” 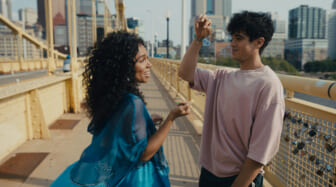 Her proud father expressed support for his daughter Tuesday, praising her authenticity.