The efforts of Alexander McClay Williams' 92-year-old sister and his attorney's great-grandson ultimately led to his exoneration.

Some semblance of justice has been delivered in a historic case of a wrongful conviction and execution more than 90 years after the fact.

Alexander McClay Williams was 16 when he was accused of stabbing 34-year-old Vida Robare in 1930. She was a white matron at the Glen Mills School for Boys where he was a student. He was sentenced to death by an all-white jury and was executed six weeks before his 17th birthday, according to NBC 10 Philadelphia.

Williams was the youngest person executed in Pennsylvania history.

Delaware County District Attorney Jack Stollsteimer announced on Monday that the case had been “nol prossed” after a successful joint motion by attorneys. A “nol pros” motion is filed when a prosecutor is “unwilling to pursue” a case that is being voluntarily ended.

“By acting to nol pros the case against Williams, today’s decision is an acknowledgement that the charges against him should never have been brought,” a spokesperson for the Delaware County District Attorney’s Office wrote according to NBC 10. 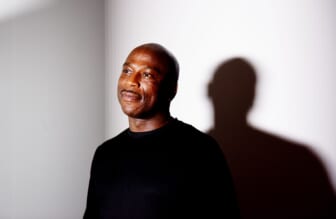 “Sadly, we cannot undo the past. We cannot rewrite history to erase the egregious wrongs of our forebearers,” Stollsteimer said. “However, when, as here, justice can be served by publicly acknowledging such a wrong, we must seize that opportunity.”

Williams confessed to the murder on three separate occasions between his arrest and 17 days later when William H. Ridley — the first African American lawyer to join the Delaware County Bar Association — was appointed to represent him.

He was convicted by an all-white jury after a trial that lasted less than two days. An appeal was never filed.

Evidence in his favor was either ignored or unexamined. For instance, Robare’s ex-husband — who found her body and whom she had divorced, citing “extreme cruelty” — was never considered a suspect, according to the report. 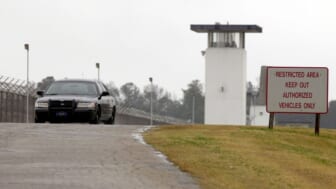 Stollsteimer noted that it was the hard work of Ridley’s great-grandson Sam Lemon and Williams’ only surviving sister, 92-year-old Susie Carter, that ultimately led to his record being expunged in 2017 and the charges being dropped this week — 91 years later.

“Today’s action was only possible because of the work of Sam Lemon and his counsel, Robert Keller, Esq.,” Stollsteimer said.

“Mr. Lemon has spent years researching this case, and together with Mr. Keller, he has worked with our office and the courts to find a mechanism for the legal system to redress this heartbreaking miscarriage of justice. They both deserve our thanks for their tenacious pursuit of justice.”