Marsai Martin continues her collaboration with the retailer to relaunch its high school ambassador program in support of aspiring Gen Z entrepreneurs.

Following this spring’s series finale of the hit ABC show black-ish, Marsai Martin is making her next big power move: She’s partnered with teen-focused fashion label Hollister to relaunch its Brand Agent Program, a nationwide ambassador program that encourages and supports the entrepreneurial goals of high schoolers throughout the United States.

Having already set the record as the youngest executive producer in Hollywood, started her own production company, Genius Productions, and taking home numerous NAACP awards, Martin is no stranger to setting the bar high. Now, she wants other teens to have that opportunity, too.

Her partnership with Hollister entails providing career development funding to high school students through the “Hollister FWD Fund,” which, according to Hollister’s website, is meant to “monetarily fuel teens’ passions and empower the next generation of changemakers.” Martin, among other leaders, will be helping students throughout their yearlong ambassadorship by providing mentorship, coaching, and a combination of resources, including hosting gatherings. 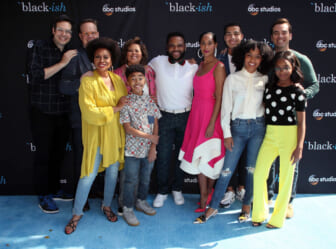 Martin recently invited students to join her at a small Hollister event at New York City’s Spring Studios, the primary home of New York Fashion Week and an agency that creates spaces for the fashion, beauty, and lifestyle industries. There, the work of a series of young designers selected by Hollister was presented.

This may have been Martin’s most recent Hollister collab, but it was hardly her first. Earlier this year, the 17-year-old launched her inaugural campaign with the brand, “Respect The Jeans,” which showcased popular Gen Z styles. The assortment included several styles of “dad jeans,” so Martin fittingly invited her dad, Joshua Martin, to hop on the campaign with her. Together, they modeled Hollister’s fan-favorite jeans and even made several TikTok videos that were both playful and informative.

For Martin, the partnership extends beyond fashion, as it is also informed by her own mission to be a mentor. The young actress and producer loves seeing others succeed and believes it’s possible for them to “shine” in the “big world” of fashion. This ethos aligns with Hollister’s objective to uplift Gen Z by giving them opportunities to pursue their dreams. During an exclusive interview with People magazine, Martin explained, “The FWD Fund and the opportunities it provides young designers is a great thing. Kids my age need a village to support their dreams and Hollister stepped up in a big way.”

However, Hollister’s reputation hasn’t always been that of progressive action, , and the Brand Agent Program isn’t the only part of the fashion label that’s had to make changes in recent years. Parent compan, Abercrombie and Fitch was the subject of generations of controversies, including racist designs, discriminatory hiring practices and a preference for Eurocentric features in both its marketing and retail staffs (which created severe exclusivity and gatekeeping for marginalized communities). The 2022 Netflix documentary White Hot: The Rise and Fall of Abercrombie & Fitch also revealed the popular brand wasn’t an ideal place to nurture young, diverse talent. 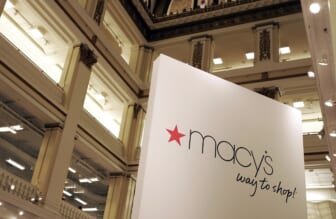 Also Read:
Retailers scale back hiring as worry about a slowdown grows

With that said, it looks like the company is changing its colors, and including Martin in a key role is clearly part of that evolution. Kristin Scott, Global Brand President at Abercrombie & Fitch Co. explained on Hollister’s website that they’re thrilled “to be a part of uplifting” Gen Z voices and “supporting their futures” through the Brand Agent Program. This relaunch specifically has a focus on being “inclusive for women,” allowing ambassadors to “honor Black culture,” and set their “sights high” on the future.

Only time will tell if Hollister’s new inclusive mission will succeed. Making extensive commitments to amplifying and investing in Black and brown voices, LGBTQ+ communities, teen entrepreneurs, and partnering with talents like Martin seem like steps in the right direction. In fact, the ingenue hasn’t ruled out putting her name on a fashion line.

“I love creating in any aspect,” she told People. “I love seeing other people shine, seeing what they can do with their mindset…Fashion is a really big world. We’ll see. Anything is possible!”