When it comes to building your career, this top executive found that “being your true self at work” can be a risk with a big reward.

Being your authentic self at work is harder than it sounds, especially when you’re Black or a person of color. Although the idea of showing up in your career without any code switching or blending in sounds nice, most of us (even if subconsciously) will ask, “Will our real selves be accepted here?”—and rightfully so! We are, of course, wary of traps. We want psychological safety at work, which is defined as the belief that you won’t be somehow sidelined in your career or humiliated for speaking up with ideas, questions, concerns, or even mistakes.

We want to feel safe being ourselves because we’re aware there’s always some inherent risk involved for people of color in corporate spaces. But a conversation with Amanda Clark, a Black woman and the newly appointed Chief International and Development Officer of Papa Johns, shows us the risk may just be worth it.

“When I first started my career, I was incredibly nervous, incredibly insecure,” she shared. “I didn’t have the same background as a lot of the people that I thought were the model of success, which frankly were people that did not look like me, that’s who’s around me. So it was typical, business school—usually white male, khaki pants, conservative dress. That’s just not who I was. And I really tried my best to emulate them and emulate the version of success that I thought would be successful. And frankly, I was just not good at that because that wasn’t who I was,” she added. 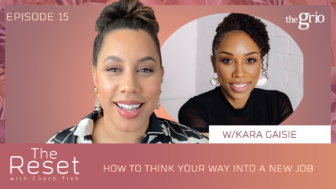 Also Read:
Work your thoughts: How you can think your way into a new job

One day, a hiring manager pulled Clark aside and essentially called her out. It turned out to be the career intervention she needed.

“She said, ‘What are you doing? And do you think that you are being successful right now? Do you think you’re doing well?’ And I said, ‘I don’t know. I guess so,'” Clark recalled. “And she said, ‘Why are you acting this way? Why are you even dressing this way?’ And I said ‘I thought that’s what it took to be successful here.’ I was working at P&G at the time and she said, ‘I hired you to be you. Not to be them.’ And those words really stuck with me.”

Clark says if that conversation with her hiring manager hadn’t happened she likely would have left the company shortly after.

“That really taught me that if I can’t be myself, if I can’t bring my true self to work I can’t bring all those good things about me and my strengths. They just can’t come out and they can’t shine,” she explained. “I’m very fortunate now to work at a company that believes in the core value of bringing your true self to work and that all people matter and all people belong to that. That really has guided me throughout my career and that’s enabled me to be successful,” Clark added. 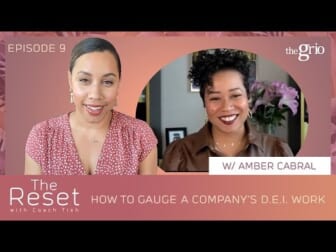 Just as someone pulled Clark aside, let me be that one for you. Are you trying to blend in? Why? It’s time to be intentional about being yourself. I know you probably have a lot of reasons to feel psychologically unsafe at work, but I want to encourage you to be vulnerable. Researcher and bestselling author Brené Brown says being vulnerable at work means having the courage to approach tasks in a genuine way. It enables us to tackle challenges with passion, ingenuity, and resilience. Let it bring out the best in you and watch your star begin to rise.

For more of Clark’s chat with Coach Tish, watch this week’s episode of The Reset in our video above.