Work your thoughts: How you can think your way into a new job

I didn’t think I could quit my job to become an entrepreneur—until I met a life coach who'd done her own career makeover.

October 1, 2021, was the last day of my longtime TV news career, but putting that date on a calendar and sticking to it was no easy feat. I knew I wanted to pursue entrepreneurship about a year before my eventual departure and I went into a cave of training and planning to make it happen. The secret weapon behind leaving a six-figure job to be my own boss? A coach. I hired a certified life and business coach, Kara Gaisie, and within six months she had me all the way together. 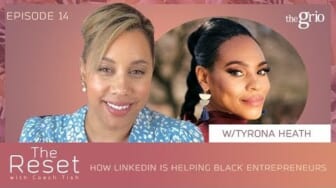 Also Read:
Black entrepreneurship can be lonely; LinkedIn is trying to help

I had the external elements worked out for my career transition but Kara helped me prepare my internal thoughts for a big move, because they were a mess. I didn’t believe I could replace my income as an entrepreneur and deep down I thought that kind of success, the kind you build from the ground up, wasn’t meant for me. It’s the type of career dreams are made of, not reality.

“Because you want it to stick,” said Kara. “You want it to replace some of the beliefs that aren’t serving you. And if you don’t believe in it, you don’t feel like, ‘oh yes, that’s me. That’s true for me.’ It won’t stick. You’ll go back to what you truly do believe: that it doesn’t serve you. So that’s why it’s important for you to believe it.” 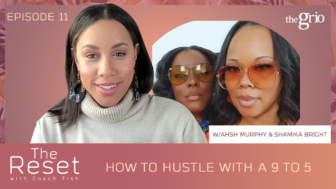 Also Read:
How to be all in at your 9-to-5 career and have a side hustle

Gaisie was a successful certified public accountant making six-figures before she left job to become a coach. But even she started off with negative thoughts around entrepreneurship before she started doing quality thought work.

“I had this belief once I became a certified life coach that I could not replace my salary as a coach. Like it felt so, so true to me. Although I looked around and I saw other people doing it, I was like, no, they have something that I don’t have. And I can’t do that. Like a six-figure salary Kara. Really? No, you can’t do that. And so of course I created the reality of staying in my job. I was never going to leave unless I confronted that belief,” she said.

Kara worked on changing that thought and played around with other possibilities and started to think “If I could, what would be the reason?” Soon, she believed she was a woman who could make six figures no matter what work she did. She did it as an accountant, she could do it as a coach. 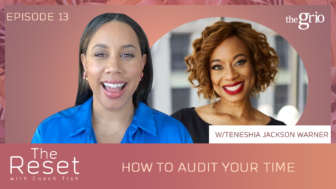 “I built upon it over and over and over again until it became my main thought of like, this is who I am. I’m a six-figure person. And I can create that anywhere I go. And I created that reality. Now I’ve made $250,000 in my coaching business,” said Gaisie.

I would likely still be sitting at a job that no longer fulfilled me if I didn’t pay attention to what I was thinking and tossed out what didn’t serve me and create new thoughts that moved me forward. And if it weren’t for Kara doing her own thought work I wouldn’t be here teaching you what I know about the power of our thoughts. You see how this works!

If you want to learn a simple exercise that helps you observe your thoughts and start making changes watch the full interview with Kara Gaisie on The Reset.

Letisha Bereola is a life coach who helps ambitious women overcome burnout and reach their career goals so they feel great at work and happy at home. She’s a former Emmy-nominated TV news anchor, Podcast host of AUDACITY and speaker. Learn more: www.coachtish.co