American Nurses Association apologizes for its history of racism

The apology was shared on July 12 as part of an effort “to begin a journey of racial reckoning."

The American Nurses Association (ANA) has publicly recognized the organization’s history of systemic racism by issuing a formal apology to nurses of color.

The apology letter — part of a racial reckoning statement — was shared on July 12 on the ANA website, NursingWorld.org.

“Our intention with this statement is to publicly identify and acknowledge our past actions while addressing the harms that continue today,” the Atlanta Journal-Constitution reports about the racial reckoning statement.

According to the statement on NursingWorld.org, racism does still persist, citing a 2021 survey of 5,600 nurses that found that overall 63% reported experiencing racism on the job from coworkers (66%) and managers/supervisors (60%).

“The section on ANA Reckoning is not meant to be a complete listing of all ANA actions that have caused harm. Historical exclusions of and transgressions against Black nurses will be discussed in this document,” the AJC reports. 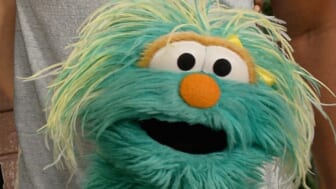 According to the statement, from 1916 until 1964, ANA “purposefully, systemically and systematically excluded Black nurses.”

“What we quickly came to realize as ANA is, our credibility in this space of addressing the bigger picture of racism in nursing, really could be called into question because of our past actions and history,” Cheryl Peterson, MSN, RN, ANA’s vice president of nursing programs, told MedPage Today.

Another harmful choice by the ANA was its support of a1965 position paper that advocated that nurses be required to hold at least a bachelor’s degree when “many nurses of color” had attended nursing schools that did not offer degree programs because those were the ones that were open to them.

The association also noted its “exclusionary practices” remained in effect after 1964. Many of the ANA’s racist, policies prevented nurses of color from advancing in their careers.

“This harm has undoubtedly extended to all nurses of color. In addition, there is much debate about labels and terms to identify racialized minorities. We have chosen to use the term “nurses of color” to reflect all nurses representing race and ethnic groups. It is our intention to be fully inclusive in the use of this language,” according to the AJC account.

The ANA statement plainly states that it wants forgiveness. “For it is forgiveness that we seek — forgiveness from nurses of color, the nursing profession and the communities that have been harmed by our actions.”

The nursing group also notes on NursingWorld.org that it seeks “to contribute to the healing of nursing” and “continue to reckon with and apologize for past harms.” 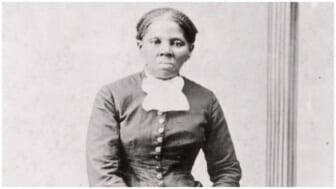 “We fervently hope that this statement, its subsequent work and the efforts of the Commission will contribute to healing — individual healing for nurses, reconciliation with the ethnic-minority nurse associations and healing of the profession.”