Season 4 of "Desus & Mero" will be its last as Desus Nice and The Kid Mero announced they will be "pursuing separate creative endeavors."

The era of the comedic duo of Desus and Mero is coming to an end. Desus Nice and The Kid Mero announced that they are going their separate ways and ending their Showtime talk show this season.

The Bronx natives posted the news on their official Twitter page on Monday. The post stated that the “two will be pursuing separate creative endeavors moving forward” and that the night-time talk show that bears their name “will not be returning to SHOWTIME. It’s been a good run, fam.”

In a statement about the duo’s departure, according to Variety. “Desus Nice and The Kid Mero will be pursuing separate creative endeavors moving forward. Showtime’s late-night talk show ‘Desus & Mero’ will not be returning for a fifth season,” the Showtime spokesman said. 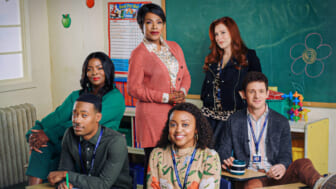 “Desus Nice and The Kid Mero have made a name for themselves in comedy and in the late-night space as quick-witted cultural commentators. Throughout its run, the series won a WGA Award, received Critics’ Choice nominations and scored interviews with President Barack Obama, President Joe Biden, Derek Jeter, Missy Elliott, Denzel Washington, Charlize Theron, David Letterman, Yo-Yo Ma and many more. They have been brilliant hosts, and we wish them the best, along with the team at JAX Media and the incredible crew.”

Desus and Mero captivated audiences with their brand of irreverent humor and commentary on pop culture when their popular podcast, “Bodega Boys,” launched in 2015. They scored their late-night talk show, “Desus & Mero,” on Viceland the following year.

After making history as Viceland’s first-ever late-night talk show, the duo moved the show to Showtime. Starting with a once-a-week format, “Desus & Mero” soon moved to two nights a week before returning to once-a-week in Season 4.

They also wrote a best-selling book in 2020, “God-Level Knowledge Darts: Life Lessons from the Bronx.”