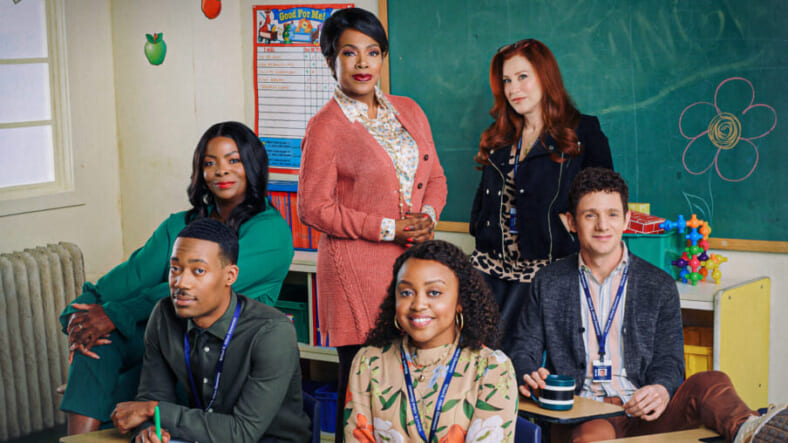 I can see it now: Quinta Brunson and the Abbott Elementary cast making repeat trips up the stairs of the Emmy’s stage in September to collect their awards in stunning gowns and tuxedos. Tears and champagne will be flowing between acceptance speeches as all of the first-time nominees, including Black Broadway legend and Moesha’s mama, Sheryl Lee Ralph, get their much-deserved peer-voted praise.

At least that’s what I want to happen. 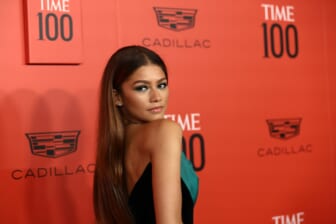 After earning seven Emmy nominations, including a history-making round of nominations for Quinta Brunson as the first Black woman to receive three comedy Emmy nominations, I want Abbott Elementary to get the full Ted Lasso treatment. Ted Lasso—you know, that other feel-good workplace comedy that racked up 20 nominations and took home seven Emmy wins last year, often stacking categories with two-four nominations each?

When I say the “full Ted Lasso treatment,” I mean that Abbott Elementary should win every single award they deserve for flawlessly delivering relatable, hilarious material episode after episode.

Each week it aired this spring, Abbott Elementary served as a dose of goodness on the periphery of reality that emphasized the challenges and joys of elementary school teachers, students and staff in an underfunded, under-resourced Philadelphia school with the stylings of The Office. When I tell you the show just could not miss, I’m not exaggerating, especially when it was up against powerhouse programming in the same time slot as This Is Us on NBC.

Between the unhinged, supremely unqualified Principal Ava Coleman (played by Janelle James), the ever hopeful, understated style icon Janine Teagues (Brunson) and my personal favorite reality-check characters, veteran teacher Barbara Howard (Ralph) and new teacher Gregory Eddie (Tyler James Williams), Quinta and company gave us a jolt of relief each week. A 30-minute respite of sorts that was also a nostalgic reminder of how my own life was changed by teachers who went above and beyond for me and my classmates.

During Abbott’s first season, I fully identified with the student who was being shuffled between classrooms because she was deemed disruptive, only to learn that she was actually advanced beyond her current grade after a bit of digging into her record, which the principal neglected to review. There was also the humanizing moment when Gregory awkwardly danced with his students while Janine’s boyfriend performed a hilariously awful anti-drug rap on stage. Not to mention the classic step-show moment when the students gravitated towards Ava’s style, and audiences got to see another layer of the problematic principal’s life as a caregiver.

It’s those unexpected personal moments that make this show what it is. And if it’s not clear, not only do I want this badly for Quinta and co., but I believe they deserve to win for the sheer value and delivery of the material. But, like many Black folks who’ve experienced disappointment in white-dominated spaces throughout life, I don’t want to get my hopes up too high. I’m already negotiating with myself about the fact that my dream of victory speeches and a parade up the Emmys stage for Abbott Elementary’s cast and crew potentially won’t become a reality.

Last week’s Emmy nominations confirmed that Abbott Elementary is yet another feel-good comedy series about defying the odds that has the potential to win, but winning isn’t a given for this predominantly Black cast—especially as they’re going head-to-head against Ted Lasso. Ted Lasso pulled in 20 nominations for the second year in a row, and they’re stacked in multiple categories again. Ted Lasso won almost all of the categories last year that Abbott Elementary is nominated for this year, save for Quinta’s Outstanding Lead Actress nomination. Yet and still, I’m holding out hope that the Television Academy will get this right because this is a magical moment for the entire Abbott Elementary team. 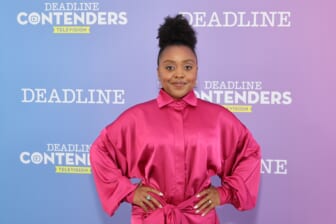 No matter what happens at the Emmys, I’m so excited and grateful for the genius of Quinta and the Abbott Elementary cast and crew.